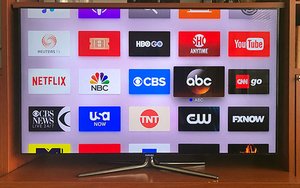 The Internet of Things may be welcoming TVs into the mix as the number of Internet-connected televisions approaches market saturation as consumers ditch TV services for streaming alternatives.

Many consumers in the U.S. have stopped paying for traditional TV services and turned to content subscriptions through connected smart TVs, according to a new study.

The study, by Forrester Research, comprised a survey of 4,000 U.S. adults.

Although only 6% of U.S. adults said they have already cut the cord on traditional TV services, 19% of those who currently pay for TV service said they will likely move to Internet-based TV within the next six months, according to Forrester.

For those who have already dropped TV service for an online alternative, nearly three quarters (70%) said cost was a reason.

However, cost Is not the only driving force for those who likely will move to streaming services. Other top reasons for switching include content availability and image quality.

Here are the reasons driving those likely to move to streaming in the next six months:

There also doesn’t seem to be a clear reason keeping those with TV subscriptions from moving to online-only. The top reason for currently having traditional TV service is that it has always been the case, with 19% saying so. Only 7% of U.S. adults likely to switch said they can’t imagine living without traditional TV.

The market is pushing the hardware toward this direction as well. For example, Samsung announced at CES that all of its TVs this year will be Internet-connected smart TVs.

Another recent study also found that nearly three quarters (74%) of U.S. households now have a TV connected to the Internet. That study was conducted by The Diffusion Group and comprised a survey of 2,000 U.S. adult broadband users.

Netflix, Hulu and HBO Now are the top services that current subscribers said are easy to watch on a TV, according to Forrester.