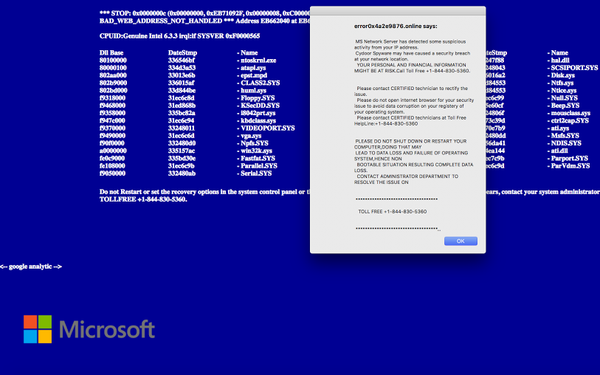 One day after Safer Internet Day in which Google, Microsoft, Facebook and other tech giants touted a safer Internet browsing experience, a rogue Amazon paid-search ad appeared at the top of the Google search results page.

Google served the ad on Wednesday to anyone searching for "Amazon," a branded keyword term. Clicking on the advertisement redirected the searcher to a rogue site.

The Amazon ad pointed to a fake Windows support scam posting as a Microsoft site. The Web page provided a phone number to those who feared their computer was in fact infected with malware.

By Thursday morning the ad disappeared. It's not clear whether Google's team caught the prankster and removed the ad or whether those perpetrating the fraud took it down themselves.

Google did not respond to a request for comment, but a source asking for anonymity said Google typically will reject "running any ad where the display URL that does not match the destination URL."

It begs the answer to how the hacker was able to get the ad approved to run. Did the person hack Amazon or Amazon's Google account?

Earlier this week, Google announced safeguards for mobile content running on pages optimized with its Accelerated Mobile Project. The company said it's not using these URLs to help publishers and those searching for content on mobile devices verify the authenticity of the content on publisher sites.

Both Google and Bing also released separate Bad Ads reports highlighting the number of ads it preventing from running across their respective networks in 2016.

Google reported that last year it took down nearly 7 million bad ads for intentionally attempting to trick its detection technology, more than 15,000 sites for unwanted software, and disabled 900,000 ads for containing malware.