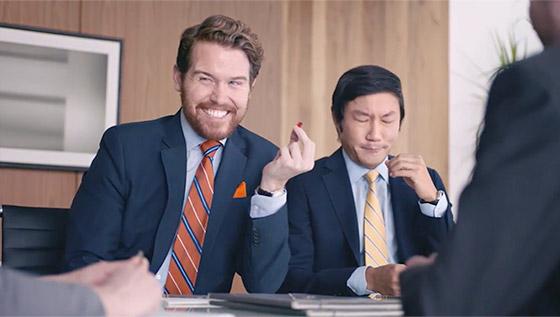 Confectionary brand Haribo is importing its U.K. campaign to the U.S. in order to promote its core Gold-Bears gummy bear product line.

Haribo and its U.K. agency Quiet Storm came up with the original concept and executed it overseas. Now, Haribo and Quiet Storm feel the message will resonate with American audiences as well as Scandinavia, Holland, France and Spain.

Rather than work with U.S. specific shops as the brand has previously done for other campaigns, Haribo is solely working with Quiet Storm.

“It’s a campaign well suited to be executed globally and will help ensure Haribo remains emotionally relevant in the impulse-driven and highly competitive confectionery space in their target markets, such as the U.S.," says Keith Danoff, VP of marketing, Haribo America. "We anticipate the campaign will be as popular and impactful as it has been in the UK."

The creative plays off Haribo's long-running Kids’ Voices creative where adults resort to kid-like behaviors after encountering Haribo candies. The Boardroom spot features adults talking in kids’ voices about their love of candy inside a formal boardroom environment. However, in place of British accents, the U.S. ad uses American-accented voices.

The TV commercials include :30 and :15-second spots that will be broadcast across major television and cable networks. There are also several short cut-down edits of the TV commercial, which will appear on Facebook.

Haribo spent $12.7 million on advertising during the first nine months of 2016, up significantly from $1.2 million during the same time frame in 2015 -- thanks to a huge uptick in ad spend on TV, according to Kantar Media.