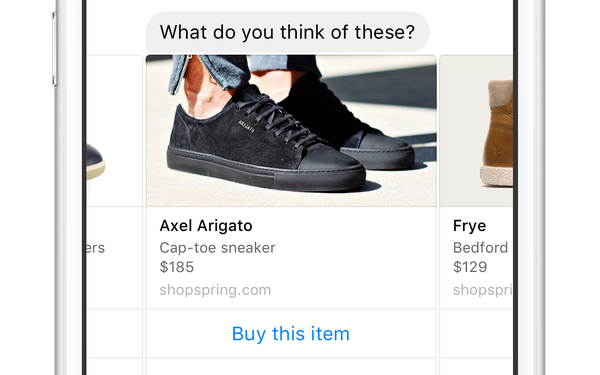 Facebook released an API late last year aimed at developers wanting to build a chatbot for Messenger, but the company's ambitions are now on hold after the AI bots hit a "70% failure rate."

The Information, a Silicon Valley blog, suggests that in aggregate the bots could only fulfill 30% of requests without a human stepping in, according to one report. Facebook did not respond in time to queries from Search Marketing Daily confirming the move.

Facebook isn't the only company pushing developers to build out chatbots. Microsoft CEO Satya Nadella has made it his mission to build out the technology — Conversations as a Platform — to support a variety of media, everything from Skype to search.

Forrester Research reports that most bots aren’t ready to handle the complexities of conversation and still depend on human intervention to succeed. A report released in December 2016 —  Chatbots 101: Building Conversational Interfaces — details how successful chatbots depend on core technology such as natural language processing, artificial intelligence, and machine learning.

On Wednesday, Retale, a technology company that develops mobile-first shopping experiences, released the results of a commissioned study examining chatbot adoption and experiences among Millennials. The study defines chatbots as software and computer programs that mimic human conversation using artificial intelligence. About 500 Millennials ages 18 to 34 were polled between December 1 and 6, 2016.

About 58% of respondents admit to using a chatbot; 42% have not. About 53% of those who have not tried using a chatbot said they wanted to try, whereas 26% had no interest. The remaindering 20% were "neutral."

Of those who have used chatbots on a variety of platforms, 55% say accuracy in understanding the request is the biggest challenge. Some 28% said they want chatbots to hold a more human-like natural conversation. And 12% said they found it challenging to get a human customer service rep on the phone if the chatbot couldn't fill their need. As few as 4% even wanted to see more chatbots.

When asked if brands should use chatbots to promote deals, products and services, 86% of Millennials said "yes," while 14% said "no." Some 67% said they are likely to make a purchase from a chatbot, with 36% of that group saying “very likely.” Only 14% said that they were not interested and 19% were "neutral."

There's no shortage of companies working to prefect this mechanical service seem more "human like." In October 2016, engineers at LiveWorld released a messaging tool that handed off chatbots to humans when needed.

While Forrester Research put chatbots on its 2016 list for hyped technology, Gartner estimates that 85% of all customer interactions will not require human customer service reps by the end of this decade as CRM software and personalized chatbots that recognize faces and voices reduce the need for traditional call centers.