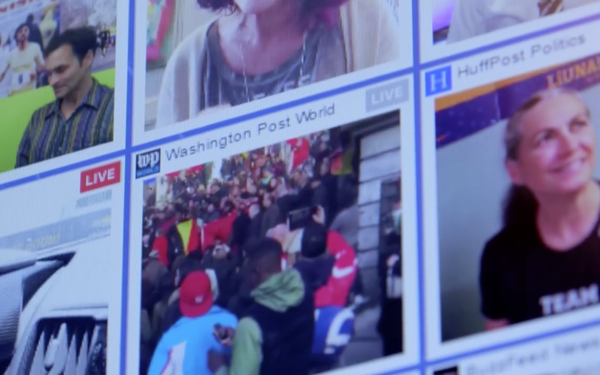 On Monday, Facebook released several improvements to Page Insights for video, such as adding aggregate minutes viewed and the ability to make comparisons between current video metrics and historical benchmarks.

Video and live streams have become a major focus for Facebook. Since releasing the platform, it has seen watch time for live broadcasts jump four times in the past year.

People watch more than 100 million hours of video daily on Facebook, and advertisers and publishers need a more accurate way to measure success.

Publishers can also rank their top 50 videos within a selected time period by minutes viewed or views, getting a better understanding of how individual videos are performing relative to the group.

"To simplify the design and leave room for metrics publishers find valuable, we’re simplifying the Page Insights interface to only include aggregations for 3-second video views," Anaid Gomez-Ortigoza, product manager; and Mathumathy Velusami, Software Engineer at Facebook, wrote in a blog post. "Aggregate 10-second video views will still be available in the API and at the individual video metric level."

The company also made it easier to analyze metrics across a data range and sort top videos by minute views or views after publishers said they were more interested in capturing the performance of all videos in a specific time period. That's in preference to only seeing metrics from videos that are uploaded during the time.

Finally, Facebook added comparisons between current video metrics and historical benchmarks. This aims to help publishers make these comparisons for all aggregated metrics and graphs. "Benchmarks are calculated based on the time period selected," per Facebook. "For example, when a publisher selects a 7 day time period for measurement, the benchmark will consist of data from the prior seven days."
biometrics, facebook, live streaming, metrics, online, online video, search, social media
Next story loading