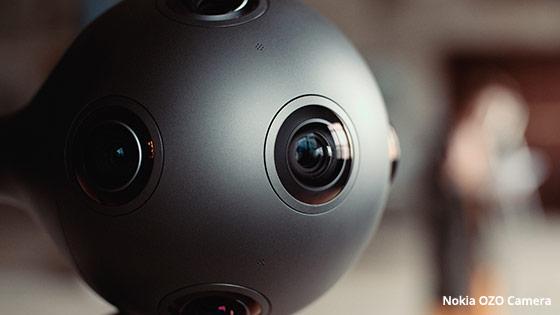 Nokia plans to launch multiple updates across its virtual reality ecosystem at the annual NAB show in Las Vegas next week.

The updates aim to improve the quality of captured stereoscopic 360-degree video and audio, increase the efficiency and add new capabilities to VR content distribution.

Although the company’s OZO camera remains physically the same, the software behind it has received ‘generational advancements in image quality and efficiency in the creative process,’ according to Nokia in an advance announcement of the introduction.

“We are developing new innovations that work together to empower storytellers, enable audiences to participate in content anywhere on any platform, and deliver on the promise of transformative experiences that help the human family feel more together,” stated Paul Melin, vice president of digital media at Nokia Technologies.

The OZO Creator software, which is responsible for the image processing in the system, now includes so-called ‘mixed reality enablement’ by capturing 3D spatial data along with the video feeds. This data can then be used to integrate digital objects within the recorded 360-degree video world.

Nokia plans to demonstrate its VR live-streaming capabilities at NAB next week from a camera in its booth to Akamai’s booth.

In addition to updating its own VR ecosystem, Nokia developed a platform for distributing immersive content that also supports other stereo 360-degree cameras.

The platform includes a VR content management system for Nokia’s OZO partners and a VR player that can be integrated into existing video apps.

That VR player includes new VR format extensions for streaming that enable higher resolutions, spatial audio and 3D depth information for real time mixed reality use. Virtual objects and advertisements can be rendered within a 360-degree scene in real time, according to Nokia.

Nokia has numerous partners, with some integrating Nokia capabilities into their app and others adding it for live-streaming events. Here are the partners for Nokia’s VR ecosystem: