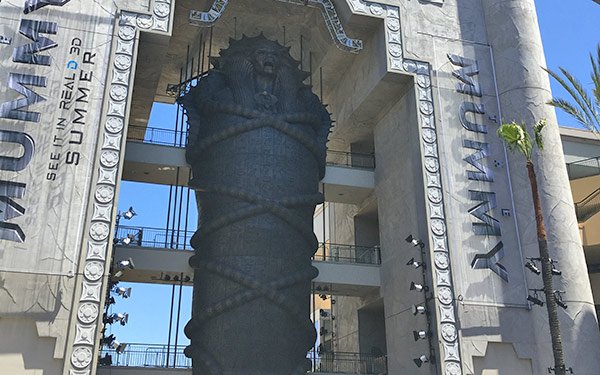 Universal Pictures and its agency Kinetic Worldwide are promoting the soon-be-released film “The Mummy” with a massive seven-ton, 75ft-tall custom-built sarcophagus that’s been placed at a popular shopping and entertainment complex in the heart of Hollywood.

The film, starring Tom Cruise opens the weekend of June 9.

The giant tomb is hanging in an archway at the complex and is said to be the largest structure ever placed there outside of the archway itself. 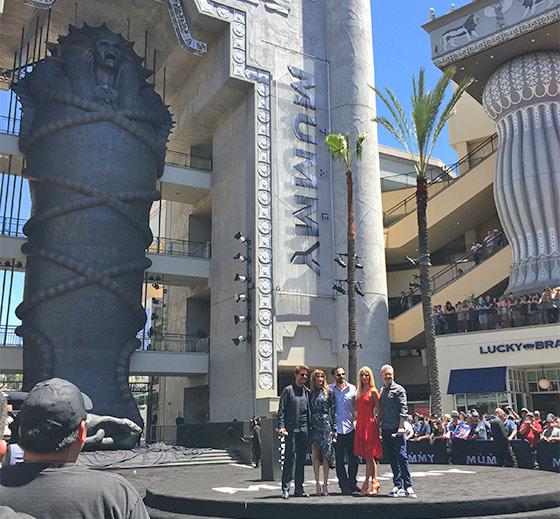 The structure was officially unveiled during "The Mummy Day" festivities this past Saturday (May 20) where Cruise, his co-stars and director Alex Kurtzman were on hand to encourage guests to engage with The Mummy VR Zero Gravity Stunt Experience and The Mummy Escape Game at the event.

As part of the marketing effort, people are encouraged to snap a photo of the structure and share across social media using the #TheMummy hashtag.

The activation was created in partnership with Maxus, Michael Alan Group (MAG) and JLC Joe Lewis Group (JLC) which built the sarcophagus. The firm says it took months of engineering, nearly 90 hours to model and approximately 400 hours to sculpt.

Kinetic has worked with Universal Pictures on numerous OOH campaigns, including “The Fate of the Furious,” “Secret Life of Pets” and “The Girl on the Train.”