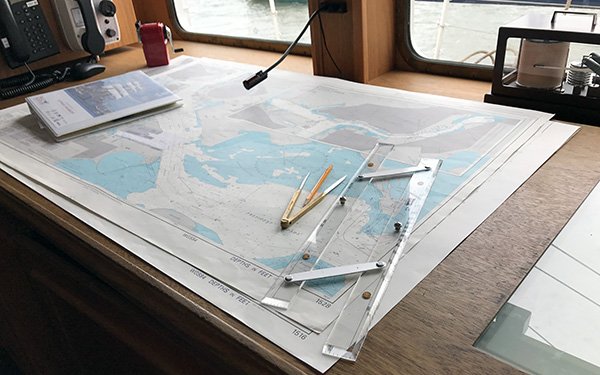 The Internet of Things involves the blending of a lot of new and a lot of old.

Over the weekend, many tall ships sailed into Boston Harbor at an event called Sail Boston, part of the Rendez-Vous 2017 Tall Ships Regatta, a transatlantic race celebrating the 150th anniversary of the Canadian Confederation. The Regatta covers 7,000 nautical miles and visits six countries, with Boston being the only stop in the U.S.

I spent some time on two of the most significant ships, the 295-foot U.S. Coast Guard Eagle and the 379-foot Tall Ship Union from Peru, the largest ship in the fleet, to check out some of the old and the new.

In true IoT fashion, the Union, built in 2015 and carrying a crew of 250, has all the latest gadgetry in its high-tech bridge. There are sensors throughout the ship that show on a large screen the current status of energy generation and usage, water on board and the status of each system, whether running or not.

This is in addition to digital displays of charts, speeds, depths and various other measurements along with keyboards and multiple communications systems.

The ship is clearly designed to tap the latest connected technologies for operations, navigations and many other functions.

However, on a very large table in the same pilothouse was a large paper chart, on which manual chart plotting tools, including a parallel ruler and a pencil, about as old school as you can get.

The ship officer showing me the technology said they do not totally rely on the technology, but rather the actual paper course plotting. I asked why, with all the state-of-the-art technological capabilities provided, they would rely on a paper-plotted course rather than the technology. “We don’t totally trust it,” he said.

I found a somewhat similar situation on the U.S. Coast Guard Eagle, which was built in 1936 and is used as a training ship for cadets. 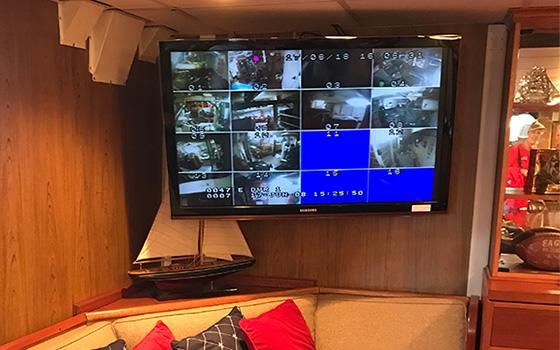 The ship also has all the digital technology needed to navigate.

However, as part of the training while at sea, all the technology is turned off at times so the cadets learn how to navigate and run the ship without any technology, Coast Guard Lt. Eric Johnson told me during my ship tech tour.

The cadets learn the technology but are trained to work without it.

Meanwhile, shipbuilders in Japan are working to develop an artificial-intelligence-driven steering system that, using various IoT technologies, would simultaneously gather and analyze data about weather while at sea, shipping information and dangerous obstacles, according to a report in Nikkei Asian Review.

The smart ships would use AI to predict malfunctions and plot the most fuel-efficient and safest routes. The plan is to build more than 200 self-navigating systems, and the end goal is to implement fully unmanned shipping sometime in the future.

In a tragic irony on Saturday, a Japanese cargo ship and U.S. Navy destroyer collided just outside of Tokyo Bay, with a defense expert telling The Daily Mail that he believed the container ship was on autopilot, which many ships use while at sea.

AI and IoT technology is being tapped in every industry, from shipping to retail, automotive, travel and hospitality.

However, as the technology rapidly advances, human factors and human interactions still have a major role.

If a sensor on the Union ship detects a problem, someone has to actually deal with it. For the cameras to be effective on the Eagle, someone has to be monitoring the video feeds.

Automation thanks to connected things is growing. So is the need for people monitoring the connected and automated things.