Michael Wolf: The Future Of Advertising 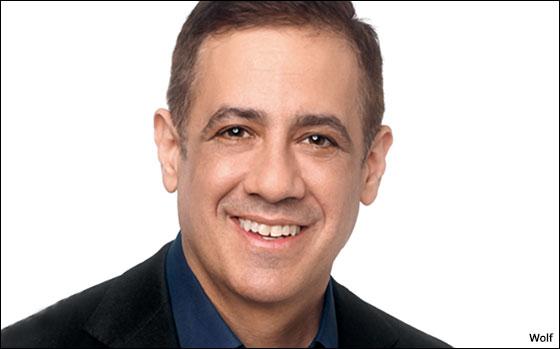 The future of advertising may not seem like advertising at all, but rather a mix of technology and services that supports how consumers prefer to interact with brands.

Michael Wolf, cofounder and manager director at Activate, spoke with Digital News Daily to share his thoughts on the changing digital economy based on analysis compiled in the recent report "Activate Tech & Media Outlook 2018."

Digital News Daily: What do you see as the key inputs in the report?

Michael Wolf: Most people look at smart speakers and the thinking about the battle between technology companies, but the focus should be on the digital assistants, known as the conversational interface. It's a technology layer that connects the consumer to services and it will come already built into all types of hardware. In fact, you won't need a speaker to use a digital assistant. There will come a time when consumers no longer need to buy a piece of hardware to access Siri, Alexa, Google Assistant or Cortana. It's already begun to happen.

DND: Where will most media companies see growth?

Wolf:  More of the $300 billion in growth during the next few years will come from "access" versus "advertising." By this I mean access to subscription-based services on the web, as well as phone and television services. This access will grow at 5.7% versus advertising at 4.7%. We're reaching over-saturation in advertising, and it will become more difficult for media companies to raise prices and earn profit from it.

DND: Do you see a specific media that will have an impact?

Wolf:  Video will have a major impact. Television and video in the U.S. is worth about $200 billion today.

About 80% goes to television between subscriptions and advertising, with the remainder going to digital. Apple, Amazon, Netflix, YouTube and Facebook announce large programming budgets -- billions. Those that have not already will start bidding on sports rights. There will be a lot of advertising sold against web video. As video shifts into modes where the consumer pays, there will be less of an opportunity for advertisers.

One interesting piece: for the first time, we were able to capture data about the videos viewed on both Facebook and YouTube. These are accounts with more than 10 million views. You see that almost 25% account for 70% of all views. On YouTube, about 80% are influencers and the remainder are media companies. On Facebook, those numbers are 50/50. On YouTube, that shows media companies will need to partner with influencers.

Influencers create "truly native video to the platform, rather than clipping content." The top media companies are driven by personalities, such as Jimmy Fallon, rather than influencers. Another interesting point, overall about 1% of the videos account for all of the views.

DND:  What are your thoughts about augmented and virtual reality?

Wolf:  Virtual reality is mostly used for entertainment and gaming applications. Each of the manufacturers are lowering prices for the headsets, but we don't think that it will force wide-scale adoption.

Within four years practically every smartphone will be equipped for augmented reality and many applications will be related to an advanced computing for enterprise applications.

To be successful, augmented reality will add other technology such as artificial intelligence, 5G, and big data. Augmented reality and virtual reality today is about a $6 billion business. In four years it will rocket ship to $70 billion. It will become less about interruption advertising and more about applying augmented reality to helping guide people to products. This means walking through the supermarket and having advertisements that suggest the products you should select. It will require technology like geofencing.

Ecommerce sites will enable consumers to use augmented reality to see what cloths will look like on your body before buying them. This will require a great deal of advanced advertising skills and not just buying media and placing an ad.

This is where the CMO meets the CTO. We've requires some of that through programmatic advertising, but nothing close to what we will need for augmented reality advertising.

I think we will see this in the next year to 18 months. You can expect all the major tech companies are working on it, but the open source platforms enable any company to use the software development kits.

The Holy Grail for advertisers today is to have some customer data. Ecommerce companies have an advantage in the fact they have a strong customer information, but they need a way to connect that back to customers and target them with the correct message. Email could become an option. Then create some sort of attribution model to tie online behavior to retail behavior to specific marketing actions.