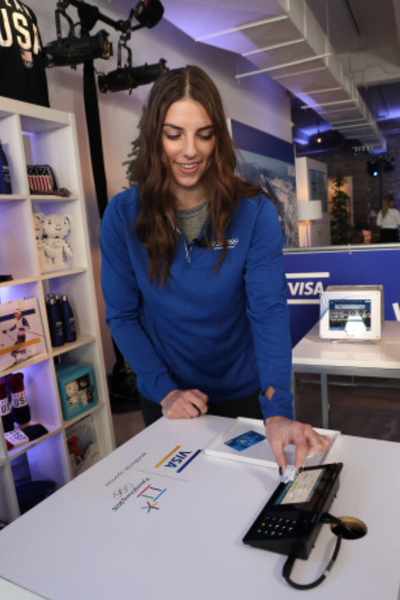 Visa is debuting an ecommerce platform ahead of the Olympic Winter Games PyeongChang 2018, enabling fans to get their hands on the latest Olympic Gear with just a few clicks.

Fans can visit http://www.nbcolympics.com/gear to purchase the newest Olympic merchandise, and for the first time during the Olympic Winter Games, the site will be updated in real-time to match the competition schedule to house the gear worn by the top Olympic athletes — from the mountain to the podium, including Opening and Closing Ceremony apparel. Purchases will support the Team USA athletes.

As home to the Olympic Winter Games, NBC will integrate the platform into on-air prompts and digital channels, directing fans to a new shopping experience that features products similar to what they are seeing on athletes.

Developed in partnership with NBC, Fanatics, and the United States Olympic Committee, the website will be updated daily following the Opening Ceremonies (February 9) and NBC will integrate the platform into its on-air prompts and digital channels, directing viewers to the page where they can browse and buy gear from the Team USA Shop. The platform will house all of the Winter Olympic merchandise.

This new platform is an extension of Visa’s Olympic Winter Games commerce experience, including the recently announced wearable payment devices, such as payment-enabled gloves, commemorative stickers and Olympic Winter Games pins. The wearables allow fans and athletes to complete seamless and secure payments with a simple tap at any contactless-enabled terminal.

Team Visa athletes including Mikaela Shiffrin, Chloe Kim, Gus Kenworthy, and Hilary Knight will be featured on the platform when they are competing or appearing, and the page is Visa Checkout enabled to provide a seamless and secure checkout process for fans. Visa is the preferred payment method on the shopping platform.

The featured gear from the Team USA Shop, powered by Fanatics, the global leader in licensed sports merchandise and official ecommerce partner of Team USA, will include sweatshirts, beanies, mittens, t-shirts, hats and more, and While the platform is now live with apparel available for purchase, the Opening Ceremony will mark the first time the shopping platform will update in real-time, and will continue throughout the Games.