Report: Most Millennials, GenZers Spend At Least Six Hours A Day On Their Cell Phones 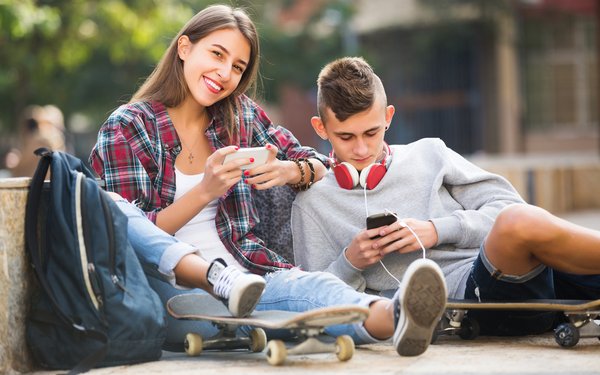 It’s no secret that younger people are glued to their screens for much of the day. Riddle & Bloom is out with a new report that tries to quantify just how much. According to the R&B survey, nearly two-thirds of those polled spend no less than six hours a day on their cell phones.

About 66% of those polled say they have a travel-related app such as Google Maps and ride sharing, while at least half of the respondents have gaming, productivity, news, food-related and retail apps.

Facebook remains their top social channel (86%), beating out Instagram and Snapchat (just over 70%) as well as other platforms such as Twitter, LinkedIn, Pinterest, Tumblr, and Google+. Regardless of their preferred platform, they typically access these social media platforms on their phones over their computers.

The report, titled The 2017 Riddle & Bloom Annual Census, surveyed more than 690 consumers ages 16-34 in October and November of last year.

A majority — 58% — don't have cable. Netflix is the leader in content delivery (68%), followed by Amazon Prime (43%) and Google's YouTube (52%). These viewers primarily stream TV shows (71%) and movies (59%). Nine in 10 (90%) binge watch TV series, watching at least four episodes in one sitting. As for pop culture and information, YouTube ranks 20 percentage points higher among these viewers than both news and sports.

Gen Z and Millennials continue to underscore the evolving retail landscape with nearly six in 10 (57%) preferring to shop online versus in-store. Amazon outpaces all other sites by at least 47 percentage points. However, don't expect these shoppers to favor certain products when they actually plunk down their money. This group is more likely to say they have no brand loyalty (20%) or be indifferent (27%) than to say they are loyal to brands (15%).

When they do venture out to physical retailers, they actually are open to location tracking, with 60% agreeing to this exchange when promotions and discounts are tied to it. That said, while 23% are completely open to tracking, 19% are entirely against it.

Two in three (67%) have been influenced by an advertisement online, but family and friend referrals still count the most with this generation. “But interestingly,” says Michael Carey, executive vice president, director, client services, Riddle & Bloom, “they are also becoming more self-reliant and sophisticated and will do their own research to make their final purchase decisions. Marketers need to find a way to tap that dynamic, to think about their content, to pay attention to their online reviews and consumer feedback, to adjust their message to specific groups."