No Commercials? No Problem. Brand Integrations Thrive On Streaming Platforms 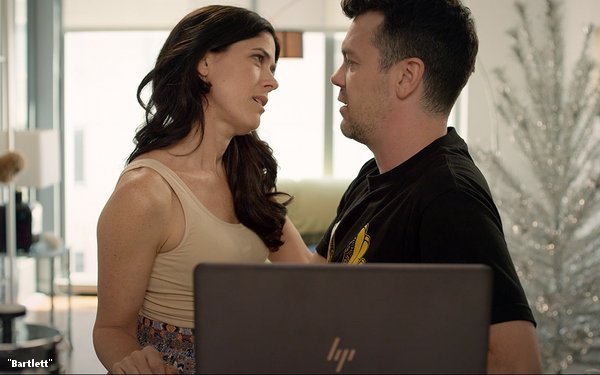 Streaming services like Netflix and Amazon Prime Video may be commercial-free, but that doesn’t mean they're off-limits to marketers seeking exposure to relevant consumers.

Brand integrations are thriving on these new platforms. According to data from Branded Entertainment Network (BEN), in 2016 100% of original productions on Amazon Prime Video feature branded integrations, as do 91% of Hulu originals, and 74% of Netflix originals.

While 10 or 20 years ago, producers or prop-masters might heave created fake brands or labels for shows, that won’t fly in a world where brands are global and ubiquitous.

“Younger viewers, in particular, grew up in a world where they have been inundated with brands from every side,” Gary Shenk, the CEO of BEN, tells Video Insider. “If you show a world that does not include those brands, the world looks unrealistic.”

“I think what it really provides is story,” Veneziale tells Video Insider. “Anytime you have a brand that is a part of your narrative, then what it is they bring to the table really imbues the environments and the characters that are interacting with it.”

In the case of Bartlett, the deal came together after Veneziale was seated next to HP’s global chief marketing & communications officer Antonio Lucio on a flight. Lucio was reading Ron Chernow’s biography of Alexander Hamilton, and Veneziale told him about his friendship and work with Lin Manuel Miranda, who adapted the book for Broadway (and appears in “Bartlett.”)

“The conversation very much led itself to the fact that it was a story about agencies and technology, and we had technology to provide,” Lucio told Video Insider.

It also fit with HP’s motto, “Keep Reinventing.” “Any activity that we participate in has to have several components: It needs to be relevant to the target, it needs to have reinvention at the center of it, and technology needs to be part of the story, in many cases powering the story,” he says.

In the case of “Bartlett,” all the pieces fit.

Of course, not all brand integrations can start from a chance meeting on a plane.

BEN CEO Shenk says most streaming deals have a six-month “gestation period,” and many can take longer. His company reviews scripts to determine what integrations make sense for the characters and the plotlines, working with producers and propmasters to pair the right brands to the right shows.

“From a producer’s and writer’s perspective, they are really interested in brands that will add flair to characters… cars that are emblematic of cars that the characters would likely drive, clothes they would likely wear,” Shenk said.

“We build rich profiles around the viewers of any particular show,” Shenk said, giving an example of a show that might be popular with females 18-24 who were interested in online dating.

Whether it’s a big-budget streaming show on a service like Netflix or a more independent project like “Bartlett,” marketers, it turns out, have options if they want to reach cord-cutters. They may just need to think outside of the 15- or 30-second commercial pod.