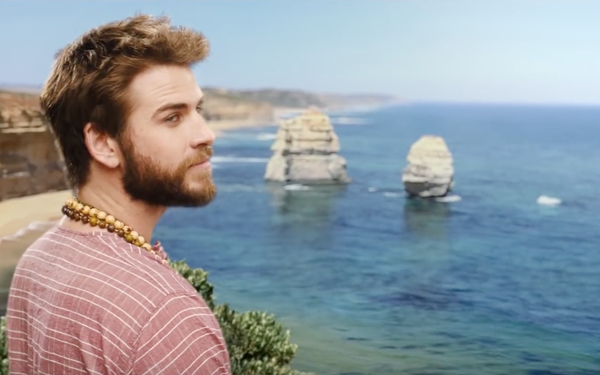 So far the brand most associated with the Super Bowl is a brand not even taking credit for its campaign.

Between Jan. 1 and Jan. 28, Tourism Australia was the brand with the most Super Bowl ad-related digital content engagement, according to marketing technology company Amobee.

There have been a couple of teasers online for a Crocodile Dundee sequel called “Dundee: The Son of a Legend Returns Home” starring Danny McBride and Chris Hemsworth, which is reportedly is not an actual movie but is instead a stealth Super Bowl ad campaign by Tourism Australia to promote travel.

Three of five of the brands on top of the Super Bowl marketing buzz leaderboard are in the beverage category and auto brands are lagging.

Beverage brands like Pepsi, Coke, and Anheuser-Busch have been fixtures of the Super Bowl for years and, even before most of the teasers are unfurled, they are already are top of mind around the event for the audience, says Jonathan Cohen, principal brand analyst, Amobee.

“That doesn’t mean that first-time advertisers can’t make an impact around the Super Bowl, just that the audience has a built-up awareness and expectations around the ads from those more veteran participants,” Cohen says. “For newer advertisers to stand out, augmenting the broadcast buy with a robust digital campaign will likely help level the playing field, in terms of awareness."

Between Jan. 1 and Jan. 28, Pepsi had the second-most Super Bowl Ad related digital content engagement. The soft drink company is sponsoring the halftime show featuring Justin Timberlake and will be recreating its iconic 1992 ad featuring Cindy Crawford, whose adult son will also be featured.

Bud Light and Budweiser are in third and fourth place, followed by Skittles in fifth place.

Since Skittles first announced its Super Bowl campaign, where only one person would actually see its expensive Super Bowl ad, digital content engagement around Skittles has increased by 112%, comparing Jan. 16-28 to Jan. 3-15.

"So far, two of the most successful Super Bowl ad campaigns this year have had at their center a mystery,” Cohen says. “The Tourism Australia spots, which they still haven’t officially taken credit for, sparked an online debate if a Crocodile Dundee sequel really was being produced or not; while Skittles has teased the audience by promising that their big expensive Super Bowl ad is only going to be seen by one person and everyone else is just going to see that person's reaction to it.”

In both cases the brands have revealed just enough to keep an open-ended discussion going around their campaigns, he says.

“These are both extremely successful examples of audience engagement, but reinforcing brand messaging becomes that much more important when the focus is what’s not being said or shown,” Cohen says. “Online amplification will help solidify for the audience the intended takeaway of these imaginative campaigns."

Sixth-place Groupon will feature a Super Bowl ad starring Tiffany Haddish, who famously used a Groupon to take Jada Pinkett Smith and Will Smith on a swamp tour in Louisiana.

Squarespace is in seventh place, followed by Coke. Auto brands bring up the rear with Hyundai in ninth place followed by Toyota in tenth.

Amobee analyzes digital content engagement across more than 600,000 sites across mobile, video, web and social, which is a measure of what people are seeing, reading, interacting and engaging with online.