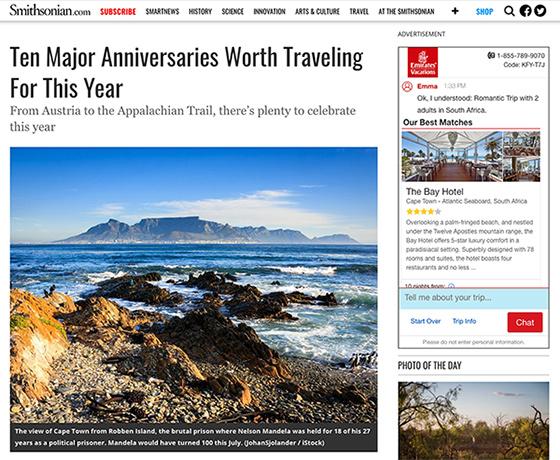 IoT technology is beginning to find its way into traditional ads.

For example, an artificial intelligence travel recommendation engine has just been tapped to create an ad campaign where travelers can interact with AI-powered chatbots directly through a display ad.

The ads -- from Emirates Vacations, using the AI engine WayBlazer -- engage online shoppers by asking trip-planning questions and then recommend destinations and vacation packages based on the shopper’s content and trip timing. 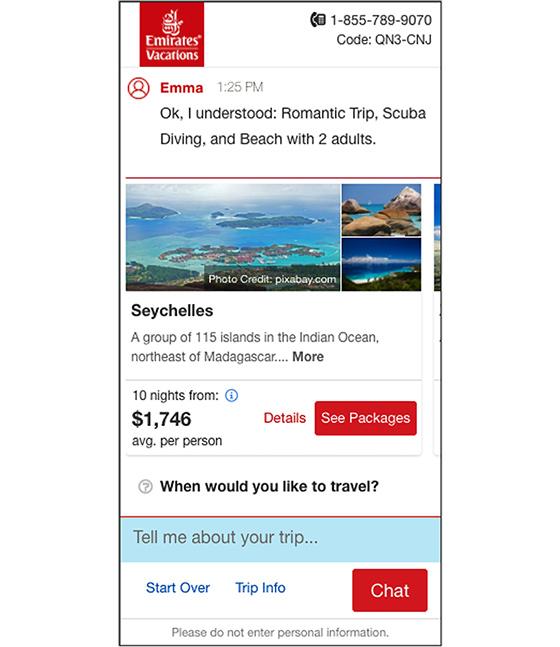 The ads draw on publisher content, user intent, preferences and ad inventory to personalize recommendations. The chatbot can ultimately route the conversation to a person, if necessary.

Since deployment, the ad unit has driven an 87% lift in engagement compared to traditional click-through ads, according to WayBlazer.

Also this week, to celebrate 25 years of Power Rangers, the franchise created and launched a mobile web augmented reality ad campaign. Rather than the traditional approach of including AR in a mobile app, Saban Brands launched the AR experience across Chrome and Safari mobile web browsers.

To use the augmented reality, a person taps on a banner ad that takes them to the AR experience where facial ID is used, and the person can see themselves on the phone screen and then add Power Rangers helmets and armor.

The key here is that innovations of IoT technologies are finding their way into traditional advertising, whether using artificial intelligence or augmented reality. It has taken a bit of time, but IoT technology is expanding into everything.