Inside the SeaWorld And HP Email Marketing Programs 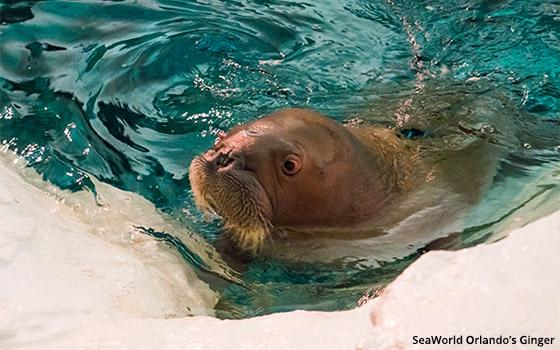 SeaWorld Parks and HP do not seem to have much in common. But they share one trait: Both use email to reach customers who are not always ready for a sales pitch.

SeaWorld -- which has many parks, including Busch Gardens -- aims for an emotional connection. For example, it focuses on Ginger and Aku, baby walruses that are growing up together.

“We know that our customers don’t want to be constantly sold to, they want to know about our animals’ lives,” said Ana Warner, senior manager, CRM and email for SeaWorld Parks & Entertainment, speaking on Wednesday at MediaPost’s Email Insider Summit.

To do this, SeaWorld relies on storytelling, while encouraging its customers to share and become part of the brand story.

SeaWorld caters to visitors at different stages in the sales cycle. Some families frequently visit the parks. Others plan it out “months, if not years, in advance,” Warner said. “It’s a big deal.” And some visit rarely because they live far away from the locations.

Warner’s team also tries to connect email to other channels.  “The customer does not see you as a channel, but as a brand,” Warner said. “You don’t want to create a disjointed experience across your omnichannel ecosystem.”

How does it do this? It may link to a blog item about Ginger and Aku, or invite people to follow the pair on Twitter and Instagram and see what they do on a daily basis.

“Email is sometimes a doorway into your other digital channels,” Warner said.

Warner recommends working with social and direct mail and media display teams so that they understand the email focus. “Plan a meeting,” she said.

For its part, HP sells computer products that customers may purchase only every two or three years. So it tailors its emails for each group.

Some buyers are “trying to soak up offers,” said Phil Herbert, email marketing manager, HP. Others are semi-engaged — if they fall off, “we bump them down, connecting with them once a quarter to stay relevant and front of mind,” he added. And if they get reengaged? “We bump them up.”

The approach has parallels with that of SeaWorld, but “the execution is different,” Herbert said.

When emailing less engaged groups, it takes a conservative approach. When contacting the most engaged, it may become more playful because those prospects are keeping up with it.

HP makes sure it has a good “opt-down” page. People who might otherwise unsubscribe can select their own cadence.

Herbert believes emails have a value “even if not opened. We let those people get a sense of what we’re doing.” Thus, this “background noise from us” serves as a branding tool.