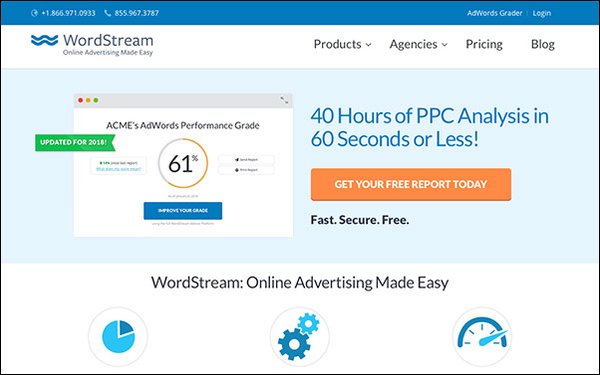 Gannett on Thursday announced an agreement to acquire search marketing and advertising company WordStream for $130 million in cash and up to an aggregate of $20 million earnout during the next 24 months based on achieving certain revenue targets.

As Gannett transforms into a digital publisher supported by search and analytics services, the “acquisition marks another critical milestone,” stated Robert Dickey, president and chief executive officer of Gannett.

The transaction builds on Gannett’s existing data-driven digital marketing and advertising services, strengthened by the acquisitions of ReachLocal and SweetIQ.

WordStream, in the first year following the acquisition, is forecast to contribute approximately $55 million in digital marketing services revenue and approximately $16 million of Adjusted EBITDA, according to the company.

The acquisition is expected to close in the second quarter of 2018. WordStream remains headquartered in Boston, Massachusetts.

Kim started WordStream in his 20s, with “literally nothing and it has been an incredible journey to watch it grow,” he told Search Marketing Daily, adding that "my baby is all grown up now." Through the past 10 years, the company evolved from being a keyword software tool developer to a cloud-based online marketing and advertising company.