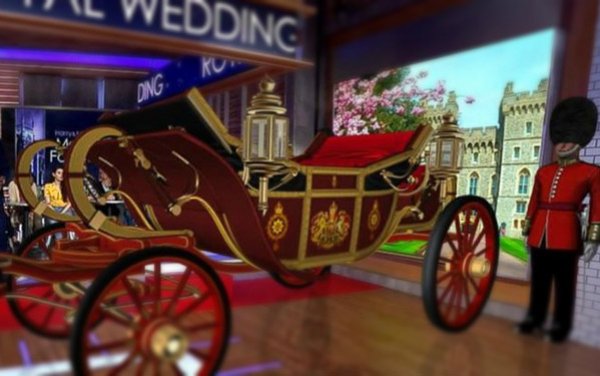 Yet another group of consumers is about to get a taste of augmented reality.

This time, it will be people interested in the royal wedding who also have the ABC News iOS mobile app.

A new AR feature has been added to the app, so a consumer can tap the Royal Wedding Augmented Reality button in the app, point their phone at a flat object and boom, there appears the royal carriage or a queen’s guard.

An ABC News video provides a demo of the AR experience, which is a bit more elaborate than can be created with the app at home, but it does get the concept across.

A consumer can use the AR feature to take a picture of a queen’s guard and include a friend or family member side-by-side.

Hardly the most sophisticated AR app in the market but it can be effective in introducing the concept to many who likely have no idea what AR is, which is a positive thing for the AR marketplace.

For someone who has never see augmented reality, making a queen’s guard or the royal carriage instantly materialize in a living room may seem magical.

There’s so much more ABC News could have done with the AR feature, but keeping it simple and practical – and promoting it on TV – is a great introduction of augmented reality to the masses.