A Picture Worth A Million A Day: Facebook's TV Ad Spending 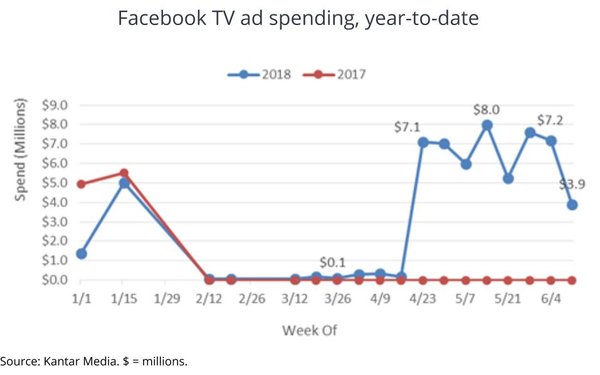 Facebook has been spending heavily to back a TV ad campaign designed to win back its users' trust following disclosures about users' data being used to retarget them, its role in disseminating fake news, and other negative issues.

The campaign (see below) promises to get back to “what made Facebook good in the first place.”

So far, it’s making local and national TV outlets a better place to be. Facebook has been averaging $1 million per day since breaking mid-March, when it kicked off a six-week local flight, followed by a national rollout on April 25, according to an analysis by competitive ad tracker Kantar Media.

The outlays may seem a lot for the TV ad market, but it’s a pittance of what Facebook takes in from advertisers. According to Kantar Media, Facebook brought in $11.8 billion during the first quarter of 2018, or about 130 million per day.