No U.S. Presence, But Advertisers Engage With World Cup Fans 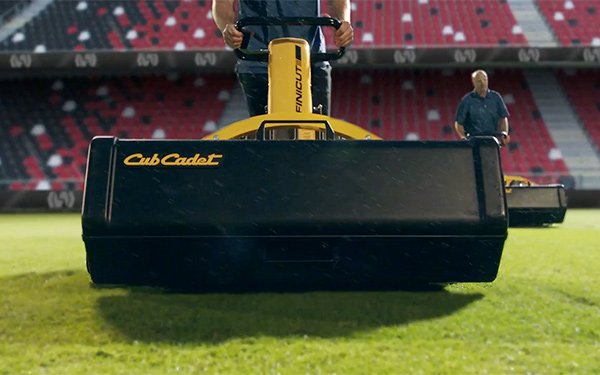 Although the U.S. does not have a team in the ongoing World Cup, American advertisers are still leveraging the games in unique ways.

Cub Cadet and agency Colle McVoy are betting that viewers are likely to be impressed with the well-manicured turf in World Cup stadia and have launched a new national campaign, Unlocking Possible.

A 15-sceond ad featuring Cub Cadet’s Infinicut turf mower is running adjacent to World Cup content to showcase the fact that the manufacturer is responsible for the luscious green grass at 2018 World Cup venues. This is the first time Cub Cadet has aligned with a sports-related partner as the manufacturer of premium residential lawn mowers and snow blowers seeks to specifically build awareness for its specialty turf division.

Other elements in the campaign include a :30-second national TV ad, digital, social media, and in-store merchandising.

Gallegos United and Comcast’s XFINITY are seeking to reach U.S. Hispanic soccer fans by combining the sport with “Chema the chameleon.” The creative behind “Unexpected Experts” portrays people you would not expect to be soccer experts, speaking like professional soccer analysts. Chema, for his part, has taken over the XFINITY social accounts through the end of the month to mainly feature himself in pictures along with the #ExpertoFutbolero hashtag.

Optimum’s Altice USA and agency Y&R believe Americans still care about the tournament despite the lack of a home team to root for and are hosting a social series called Soccer Moms Center that is designed to provide non-traditional World Cup analysis outside of the traditional male voice.

The series runs after each World Cup round across all of Optimum’s social channels, including Facebook, Twitter and YouTube. The featured moms are actually comedians in addition to being soccer moms selected through Skitish Media, which is part of Y&R’s Sparkplug startup incubator program. This Skitish digital agency is designed to "transform stand-up comedians into a creative army" to produce content for clients, says an agency spokesperson. Here’s an example of the work.

While tequila brand El Jimador is an official sponsor of the Mexican National Team (MXNT), parent company Brown-Forman is introducing a U.S.-specific ad campaign to enable Americans to still have something to celebrate.

In addition, fans are encouraged to share their own favorite soccer moments for a chance to win prizes, including $25,000 as well as one of 10 limited-editions custom jerseys created in collaboration with illustrator Mike Perry.

Nielsen estimates that World Cup parent company FIFA took in $1.6 billion in the most recent sponsorship cycle, an 11% decline from the 2014 World Cup in Brazil.