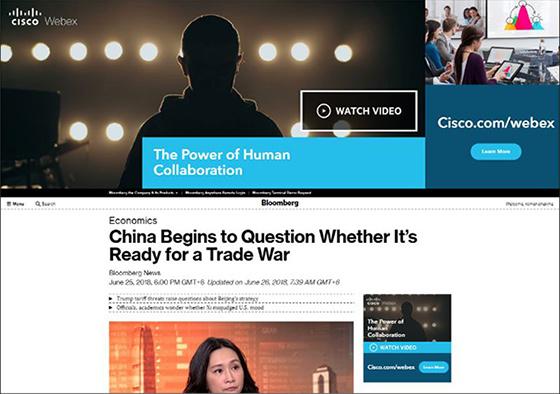 Bloomberg Media Group has introduced a new display ad format called ad.apt. It will use Bloomberg Media’s reader data to customize ads, as well as content and design, for native formats.

The new cross-platform ad unit lets advertisers submit a headline, subhead, logo, brand images, video and a call to action. The assets are then built in-house. They can be turned into data, video or Bloomberg-related articles.

Ad.apt allows video, data and content to be switched on with a single set of brand assets. The ads will be sold direct and programmatically.

It is also scalable across all of Bloomberg Media Group’s editorial brands.

The company believes the new format “meets the growing need for ad optimization, based on content, audience and distribution performance, while remaining sensitive to editorial context and brand safety.”

Bloomberg Media Group’s ad product portfolio grew from eight products in 2015 to 21 this year, with ad units like Canopy and ScrollView.

In 2017, Bloomberg Media Group's ad products made up 22% of its total digital advertising revenue.