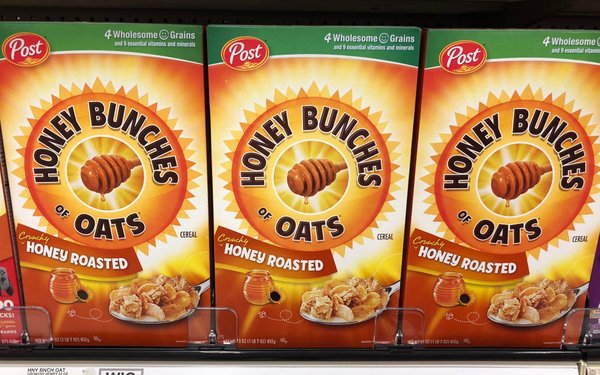 The Minneapolis-based Public Works served as AOR for only a year.

Honey Bunches of Oats will have to undergo a significant brand overhaul since its long time spokesperson Diana Hunter (who actually worked in a Post factory where the cereal was made) announced her retirement last year.

The company employee turned campaign star first appeared in a commercial for the Post cereal brand in 2015 when she was shown speaking inside the Battle Creek, Michigan plant where she talked about how she personally packaged the cereal.

Since her departure, the brand has been struggling to find growth despite spending some $30 million on advertising each year.

Argonaut is no stranger to the CPG category as key members of its executive team, founder/chief creative officer Hunter Hindman, founder/chief strategy officer Max Heilbron, head of brand management, new business Katie Miller, and CEO Robert Riccardi, all worked together overseeing growth of the Frito-Lay portfolio while at Goodby, Silverstein & Partners before leaving to open the San Francisco-based agency.

Their first work under this new partnership will debut in October.