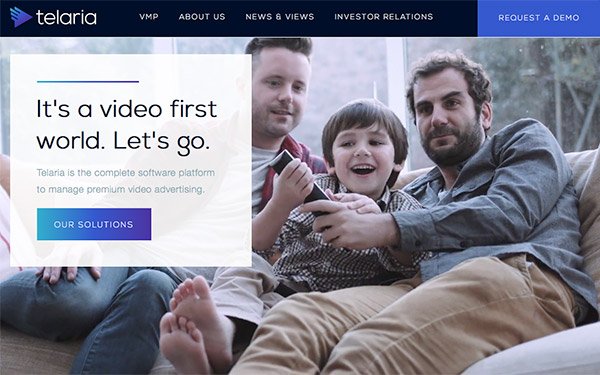 Telaria, the video advertising platform for publishers, took a big stock market hit on Thursday after announcing that third-quarter and full-year revenues will be lower.

Now, the supply-side video ad platform expects revenue to be between $13 million and $13.5 million for the third quarter, with full-year results now between $50 million and $52 million.

In August, during its second-quarter earnings announcement, the company offered up guidance of $15 million to $17 million in revenue for the third quarter and $58 million to $62 million for the full year.

The company explains the under-performance in revenue is attributable to a decision to remove certain desktop video publishers from the Telaria platform to focus on premium content.

In addition, it says there was a slower-than-anticipated shift in buyers’ spending patterns with regard to premium content. It also points to the “inability to more rapidly scale the company’s agency and brand demand sales force during the quarter.”

For the year, it now expects a negative cash flow -- an adjusted EBITDA loss (earnings before interest, taxes, depreciation and amortization -- to be between $3 million and $5 million. Third-quarter EBITDA results are now projected to be between break-even and a loss of $500,000.

In a release, Telaria noted that connected TV business will continued to drive revenue and eCPM (effective cost per thousand ad impressions) growth. Results will show connected TV business contributing about 26% of third-quarter revenue, up from 6% a year ago. It says eCPMs are now more than $12.30, compared to $11.40 in the prior-year period.

In August, Telaria posted second-quarter revenue of $12.4 million -- up 25% over the year before -- with a loss from continuing operations, net of income taxes, at $3 million.