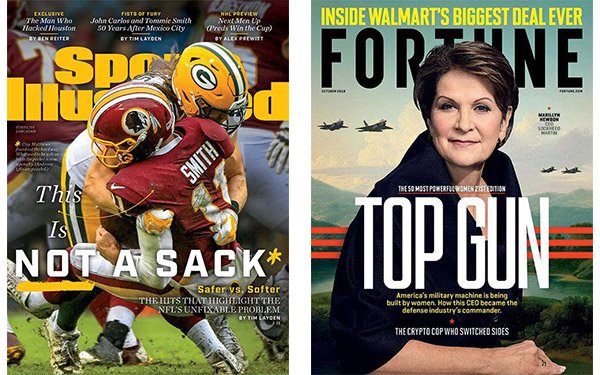 Since closing its deal on Time Inc. in late January of this year, Meredith Corporation has shed a few of the former company’s iconic titles, including Essence, Sunset and its marquee publication Time.

The company also reported it would sell off Sports Illustrated, Fortune and Money by year’s end.

Comments made by Meredith CEO Tom Harty at last week’s Deutsche Bank Leveraged Finance Conference how the company is on track to keeping that promise.

According to Harty, the company has buyers lined up for the three titles, whittled down to a small pool from more than 100 that showed initial interest. He stated none of the potential buyers are from traditional media companies, following a recent trend of moneyed investors diving into the publishing world from unlikely places.

Harty noted: "The [titles] that we're actually selling are more male-dominated. When you look at the advertisers we have the biggest relationships with and where we can take the most share, they didn't fit."

Additionally, Harty stated the company will halve its work force through layoffs and divestitures, employing 5,500 people, down from a combined 10,000 at the merger’s time. According to Harty, all have been informed, and some have already departed, with the remaining employees leaving before December 31.

Harty also spoke about the recent sale of Time magazine to Salesforce founder Marc Benioff, who purchased the title for $190 million.

“Something like Time probably shouldn’t be a weekly product any more:” he stated.

Harty suggested the magazines being sold are in need of “significant changes to their business model” in order to survive in today’s publishing environment. News is happening at a quick pace and audience attention is nearly impossible to sustain for weeklies.