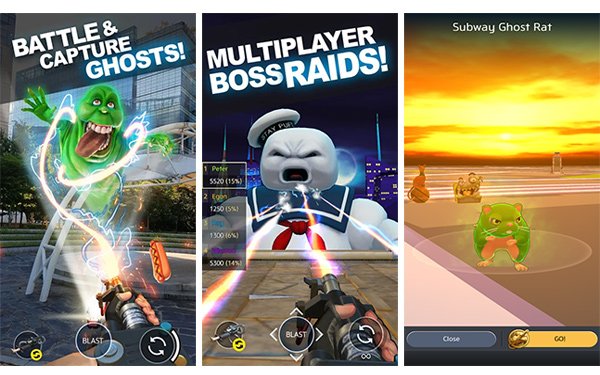 Just in time for Halloween, Sony has released its augmented reality game “Ghostbusters World,” which was built with Google Maps.

The map-based AR game puts a proton pack and ghost trap in players’ hands with digital characters popping up in the form of ghosts.

The free app, from Sony Pictures Consumer Products, Ghost Corps. publisher FourThirtyThree and developer Next Age, leverages Google Maps so players can team up with nearby ghostbusters in multiplayer raids.

Like the characters in Pokémon Go, the ghosts can pop up randomly in parks, buildings or in the street. The app uses Google’s ARCore and Apple’s ARKit technology.

The objective of the AR game is to capture ghosts in the proton beam to drain their energy and store them in the app’s containment unit.