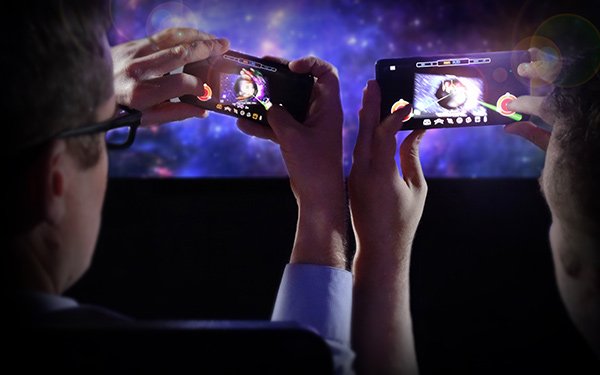 To promote Disney’s coming “Ralph Breaks the Internet” movie, audiences showing up early at movie theaters nationwide will have a chance to play a new interactive augmented reality game triggered by the big screen starting tomorrow.

Disney’s preshow AR game called “Wreck-It Ralph” has been created in a collaboration with National Cinemedia. Moviegoers will be promoted to open the company's Noovie Arcade mobile app and aim their phone camera at the movie screen, which starts the AR experience.

The AR game is set to run in more than 21,000 screens in 1,700 theaters nationwide, including AMC, Cinemark and Regal Entertainment Group, as a promotion for the movie opening nationwide on Nov 21.

“Disney Animation has always embraced new technology to bring our characters to life on the big screen, and we’re proud to work with NCM and Noovie ARcade to be the first studio ever to deliver an in-theater augmented reality gaming experience for movie audiences,” stated David Sieden, vice president, cinema partnerships at The Walt Disney Studios.

“Augmented reality gives us a way to make that magic jump off the screen and into the hands of audiences through their phones. It’s the perfect way to get moviegoers excited about Ralph and Vanellope’s crazy new adventure in 'Ralph Breaks the Internet.'”