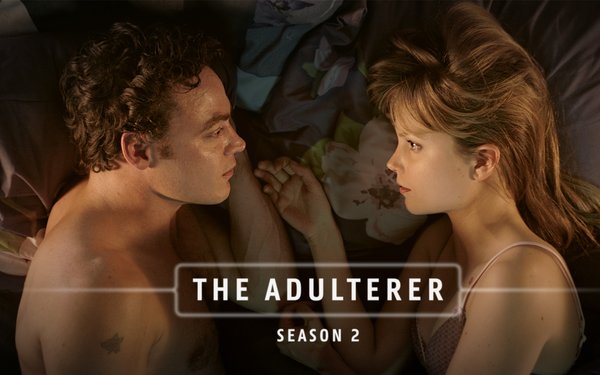 On Thursday, the second season of “The Adulterer” launches on Walter Presents. And that raises a bunch of questions.

A: A drama from the Netherlands, originally titled “Overspel,” that ran for 32 episodes over three seasons from 2011 to 2015. Sylvia Hoeks (who later went Hollywood to star in “Blade Runner 2049”) plays a photographer having a passionate affair with a defense attorney who’s representing an accused murderer who is being prosecuted by Hoeks’ husband. And that’s just in the first episode.

A: A nearly two-year-old SVOD service, which presents English-subtitled TV drama series from around the world. Shows are allegedly “hand-picked” by an Italian named Walter Iuzzolino, co-founder of the service, which is half-owned by the UK’s Channel 4.

Q: Why does the plot of “The Adulterer” seem so familiar to me? I’ve never watched TV in Holland — nor anywhere in Europe, for that matter!

A: Perhaps you’re one of the few people who watched “Betrayal,” ABC’s adaptation of “Overspel,” which was canceled after just 13 episodes five seasons ago. If so, and you were wondering where “Betrayal” might have been heading, streaming “The Adulterer” provides your only chance.

Q: I’ve actually been watching “The Adulterer” on Walter Presents. How can I compare it with the American version?

A: All 13 episodes of “Betrayal” are still available for free at ABC.go.com or on the ABC app. They re likely to be there forever, too, since in an example of the vertical integration now rampant in the TV industry, the series was produced by ABC Studios — and really, where else could it go?

Q: Would you recommend one version over the other?

A: I’m no big fan of prime-time soaps, the genre where I’d place both “Betrayal” and ”The Adulterer.”

Nonetheless, I expected to appreciate the ABC version, since its pilot was directed by the esteemed Patty Jenkins (“Wonder Woman,” “Monster”). But I couldn’t even make it through her first episode.

“The Adulterer,” while still not my cup of tea, was much better. I did watch through the first episode all the way through.

Q: Why did you prefer “The Adulterer” to “Betrayal”?

A: This is based on just the first episode for each series, mind you. “The Adulterer” didn’t need to pass ABC standards, which may explain why its adulterous affair packed so much more heat -- but not why its two leads were also so much better-looking. And “The Adulterer” had a much better selection of American music as its soundtrack.

Q: I love Sylvia Hoeks! When can I see all of “The Adulterer”?

A: Walter Presents premiered the first season about six months ago, and the second season starts on Thursday, so I’d expect Season Three to roll out around April or May of 2019.

Q: Exactly how steamy is “The Adulterer”?

A: As I said, I’ve only seen one episode. So let’s let Walter himself have the last words: "If the first season left you breathless, be warned the new season gets even more dangerous. Sex, betrayal and murder abound."