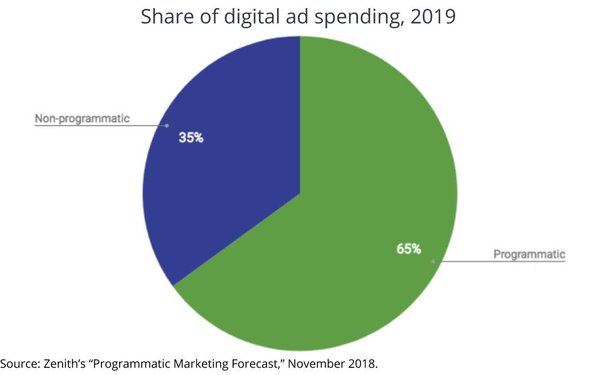 However, the transition is taking longer than Zenith expected, with last year's forecast projected to be 64% in 2018, and 67% in 2019. Analysts have pulled back both forecasts by two percentage points.

This is due to the introduction of privacy legislation, such as the EU’s GDPR. It has had a "chilling effect," by making certain data previously used in programmatic transactions unavailable and making other data more costly to process, says Zenith.

“But we think the main reason for the slowdown in spending on programmatic media is that advertisers are investing more in infrastructure and data to make their programmatic activity more effective,” states the report.

“The scale of operational restructuring to make the most of it is both extensive and expensive. Advertisers are spending more carefully while they invest in infrastructure and data and review the quality of media," added Benoit Cacheux, global head of digital and innovation, Zenith. "All programmatic advertisers need a strategy for acquiring the best and most comprehensive data available, and to treat this data as a vital corporate asset.”