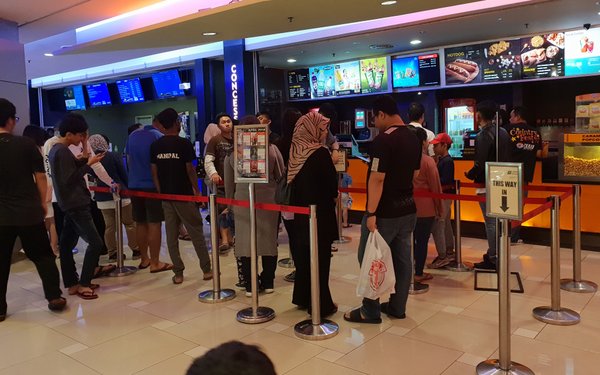 Urban Airship and Vue Entertainment -- part of one of the largest cinema operators, Vue International -- this week will roll out the UK’s first platform that allows consumers to buy movie tickets and add them to their Google Pay account.

Earlier this year, Urban Airship worked with Google Pay to create ticketing and a boarding pass options using its mobile wallet option for travel, hospitality and entertainment. Customers can receive personalized offers through their ticket, whether it is a VIP seat upgrade or special promotions for specific showings.

The option will become available at more than 30 of its paperless sites and is made possible through Urban Airship’s platform. Tickets are dropped into the mobile wallet, making them available at the time of the show.

For the past three years, Dan Green -- who is head of digital and CVM at Vue Entertainment for the UK and IE and oversees everything from rebuilding the web platform a few years back to all social channels -- has been working to make the company a digital powerhouse.

He started about three years ago with rebuilding the web site to introduce personalization. “Your propensity to watch a particular film based on specific criteria and data collected from the web site” becomes accustomed to target advertisements and promotions, Green said, adding that behavioral experiences also help infer they types of movies the consumer will want to watch.

In 2015, the company relied more on organic search, but that has changed. Now investments in paid search are up "10-fold." It's not about getting people to come to the web site through paid search, but rather a higher rate of conversions from paid versus organic search.

“We’ve invested heavily in paid search during the past couple of years,” Green said, admitting that investments have been in the millions. “It’s contributed to an increase in web site traffic.”

In recent weeks, a few of Vue’s cinemas have begun to test the ability for consumers to purchase food and drinks electronically, Green said. “When you’re choosing your session, you can select from about 90% of the food and drink menu,” he said. “Once in the theater, you walk into an express lane, show your QR code or Google Wallet, and it gets processed at the point of sale.”

There’s also a 20% discount if the consumer books the sale of food and drinks in advance. During the test, between 5% and 10% of consumers transact this way without any promotion. Coca-Cola has been participating in the test as a marketing partner.

“When consumers have a good experience, the propensity to participate again is much higher,” he said.

Green also pointed to one missing piece to the company’s digital strategy, an Android app, despite its concentration in mobile. The company continues to rely mostly on its iOS app. And until it’s built and distributed later in 2019, the platform build with Urban Airship to run across Google Play should carry the weight.

Next week, Vue also will launch the ability to split the ticket bill at checkout among the person paying and their friends.