Consumers Worry About Smart Speakers Listening To Their Conversations 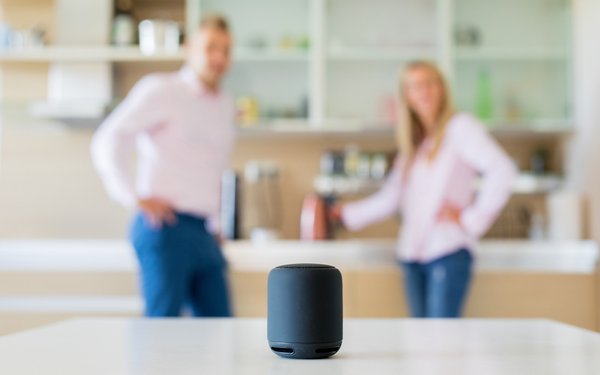 Smart speakers are a hot item for holiday shoppers -- but that doesn’t mean those who will be receiving them as gifts will be thrilled about how they could be used for ad targeting.

Privacy concerns are also part of the smart speaker shopping process, with consumers trusting some brands more than others, according to a new study.

Facebook Portal is the least-trusted home brand overall, with nearly half (49%) naming it as the brand they would trust least to handle personal data, according to the study, comprising a survey of 1,000 U.S. adults conducted by Propeller Insights for Express VPN.

That may not be significant, since only 11% of consumers who intend to purchase a smart home product prefer Facebook Portal, compared to 66% who prefer smart devices from Amazon, 55% by Google and 32% by Apple.

The majority (78%) of consumers who receive an Amazon smart speaker as a gift during the holiday season are concerned about Amazon listening to their conversations and using the information to target them with advertising, with 28% of them saying they are very concerned. Even more (82%) have concerns about Google Home devices.

Consumers have different trust levels by brand, with Amazon Alexa leading. Here are the smart home brands consumer trust most with their home security:

However, it’s not only smart speakers that concern consumers. The majority (71%) of consumers would be concerned about a Samsung Smart TV listening to their conversations to better target advertising.

The Internet of Things has a consumer trust issue.