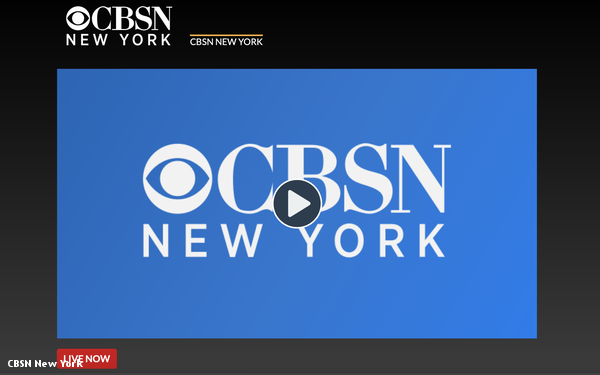 CBSN New York is the first of what CBS says will be a number of local streaming news services. The company will launch a similar service in Los Angeles early next year, with other “major markets” that have CBS owned-and-operated stations to follow.

The newscasts will be led by the same anchors and reporters from the local CBS stations, with some new talent hired just for the streaming network.

As with CBS’ other free streaming offerings, CBSN New York will be ad-supported. It will be baked in to the company’s national streaming news channel CBSN, as well as CBSNews.com, CBSNewYork.com, and the company’s local mobile app.

In a statement, Peter Dunn, the president of CBS Television Stations, called the launch a “new era for our local media business,” adding that the streaming news networks “open the door to multiple revenue streams.”

National news content for the service will be provided by CBSN, while local news that goes national may appear on the national streaming network. CBS also has a sports streaming network called CBS Sports HQ and an entertainment news service called ET Live.

All these networks are also bundled within CBS All Access, the company’s premium subscription streaming service.