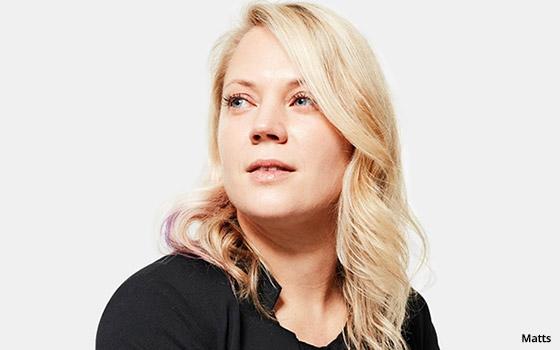 For the last three years, Matts has served as North American CEO of Annalect, the data and analytics unit that is part of Omnicom Media Group.

It’s the second time in three years that Matts has taken over a U.S. remit from Hagedorn. The latter ran the Annalect unit before moving on to found and lead Hearts & Science three years ago.

“As the North American CEO of Annalect, Erin has been invaluable to Hearts & Science from the moment we opened our doors three years ago,” said Hagedorn. “Beyond her contributions to Hearts & Science, her broader experiences enabling behaviorally-inspired and data-informed marketing solutions for all OMG clients are the perfect credentials for leading an agency that has the word ‘hearts’ and ‘science’ in its name.”

During her time at Annalect, Matts is credited with driving increased integration of data analytics across Omnicom’s creative agencies and playing a big role in the development and launch of the company’s people-based precision marketing platform Omni.

Matts also launched an initiative to increase the number of women in leadership roles across Annalect.

Earlier in her career, Matts spent six years at OMD helping to build the media agency’s digital capabilities. She then moved to the client side for a year as global director digital connections at Anheuser-Busch InBev before moving to Glam Media as chief digital marketing officer. She then rejoined Omnicom as CMO at Annalect before being promoted to the CEO post in 2016.

In her new role, Matts says: “My priority will be guaranteeing that everyone on every Hearts & Science team can play in the ampersand zone -- equally adept at using data for decisioning as well as to inspire innovation and creativity.”