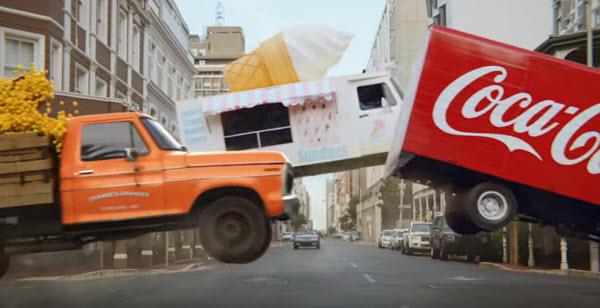 These are the first new flavors under the Coca-Cola trademark brand since Vanilla Coke Zero 11 years ago. The first flavored variety, Cherry Coke, debuted back in 1985.

“The growth of Cherry Coke and Vanilla Coke and their zero-calorie variants has been really strong in recent years, even with very limited marketing support,” Coca-Cola Brand Director Kate Carpenter explained on the Coca-Cola Journey site. The fact that only 12% of Coke drinkers were drinking the flavored varieties pointed to the insight that “our fans want choice, but are getting it outside the Coke trademark,” she added.

The orange-vanilla flavor combination -- reminiscent of Creamsicles and summer -- was the clear favorite in consumer tests. Importantly, more than half of consumers said that they would buy the flavor in addition to, not instead of, regular Coke and Coke Zero Sugar, according to the company.

The campaign for Coke Orange Vanilla, from Wieden & Kennedy Portland, features a 30-second ad (below) in which a Coca-Cola truck, an ice cream truck and a truck carrying fresh oranges engage in a high-speed chase through city streets, destined to converge.