NBC News Streaming Service To Launch In May 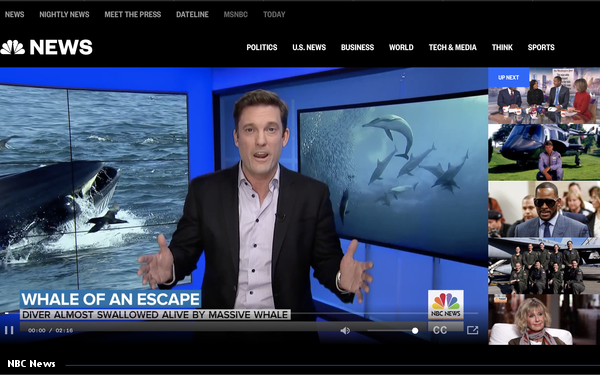 NBC News says its upcoming streaming video service will launch in May. NBC News president Noah Oppenheim revealed the start date, as well as other details, during a panel at the SXSW Interactive Festival in Austin, Texas.

The company has been streaming segments and shows since late last year in preparation. At its official launch, it will have eight hours of programming per day, including live coverage of breaking news and live updates at the top of every hour. There will also be regular shows at specific times of the day.

The service will lean into other parts of the company.

“We will be doing original work that will be specific for the streaming service. We will be drawing from the reporting that takes place across all the other NBC News properties,’ Oppenheim said at the panel. “We will be reaching into other corners of NBCUniversal, E! News, sports, you name it, for some of that content. People’s consumption habits are changing rapidly, and it’s not limited to just young people.”

As with other streaming services, NBC News Now will launch on connected TV devices, such as Roku or Apple TV, and will likely be available inside the NBC News apps.

NBC News Now is NBC’s competitor to CBSN, which launched in 2014, and merges live news coverage and pre-recorded segments. Both are free and ad-supported.

ABC News also has a free streaming app, although its service is primarily used to cover live breaking news events, rather than regular anchored streaming newscasts. Fox News’ streaming service, Fox Nation, is a decidedly different product; it is subscription-based, with an emphasis on conservative opinion and commentary.

While streaming news services remain complementary to the networks’ core TV business, they can be monetized efficiently. CBS News says CBSN is profitable and expanding to local markets.