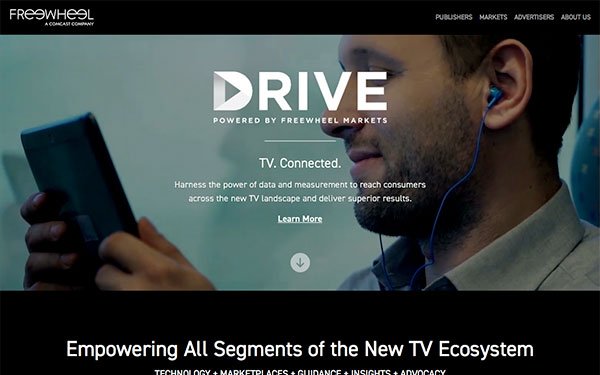 FreeWheel, the Comcast-Owned advertising technology company, pitched a new “FreeWheel Media” unit to marketers and others on the buy side of the media business at its first upfront presentation Wednesday morning.

At the event, which the company called a "NowFront," it announced a deal with Vizio to incorporate data into its platform from more than 10 million smart TVs produced by the TV set maker.

“We believe we are bringing a unique value complementary to what else is out there in the media space,” said Marcien Jenckes, president of advertising for Comcast. “Specifically, the part of the problem we are focused on is how do you deliver incremental reach, with transparency and scale.”

The company is betting FreeWheel Media will be the unit that can help solve that problem.

Brian Wallach, senior vice president-CRO, FreeWheel, pitched the business unit as “the most scalable, transparent and effective partner in the entire video ecosystem.”

“We realize most people don’t need another platform,” Wallach added. “We designed FreeWheel Media to bring together audiences, premium content and data, all underpinned by the technology that powers the TV ecosystem. The ultimate goal is pairing clients with their desires outcomes.”

Wallach outlined three initiatives that will form the core of FreeWheel Media. The first is attribution, i.e. moving to real results. The second is building a clear audience view, and the third is shifting to executional simplicity, as with programmatic. The company is piloting its solutions now, with full rollouts expected by Q4.

According to Jenckes, Comcast's investment in FreeWheel is also “selfish.” The company thinks it will be a big beneficiary of the changes coming go the TV and video ad marketplace.

“It is not just that we love the industry, which we do, or that we feel altruistic to it, which we do, but we are selfishly driven,” Jenckes said. “There are few companies on earth that spend as much on advertising and marketing as Comcast does. In our own self interest, we want to make sure it works, and that it works well."