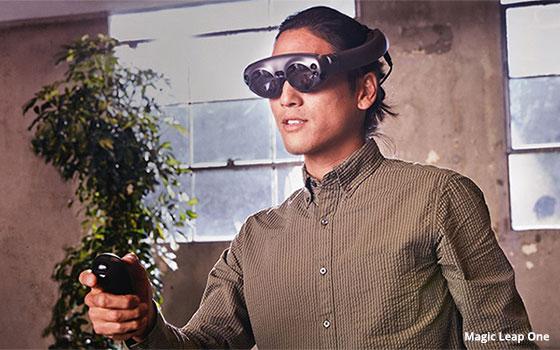 Virtual reality is getting closer.

VR using smartphones inserted into cardboard or plastic headset devices have been pretty much the main access point for consumers to check out the virtual world.

However, the heavy-duty or immersive experience VR headsets have not been readily available, except to those who want to shell out big bucks and possess some serious computing power -- a world that gamers know well.

Now a couple of introductions will allow more consumers to at least see what true virtual reality is all about.

AT&T is about to start selling the Magic Leap One mixed-reality headset in stores and online beginning next week, as part of its exclusive deal with Magic Leap.

I’ve tried the Magic Leap system and it’s an impressive demonstration of the potential of spatial computing. Multiple virtual screens can be created and interacted with, such as what the NBA is doing with Magic Leap, as I wrote about here yesterday (NBA Adds Live AR Basketball Games To Magic Leap).

Also, early next month, the $799 HTC Vive Focus Plus stand-alone headset is slated to go on sale for businesses around the world, joining its growing product line.

The Magic Leap One headset will cost $2,295, but at least consumers can get to try one out at an AT&T store in Boston, Chicago or San Francisco as the initial launch cities.

Virtual reality headsets are finally ditching the wires in many cases, and the prices are coming down.

However, prices will have to come down a lot more to create any kind of a mass market.

A recent survey by Thrive Analytics and ARtillry found that the largest number of consumers would pay $100 to $200 for a VR headset, a smaller number from $201 to $400 and an even smaller number would pay more than $400.

The ARtillry study found that in order to reach high satisfaction levels, VR has to first be tried.

Now AT&T will be at least helping with that.