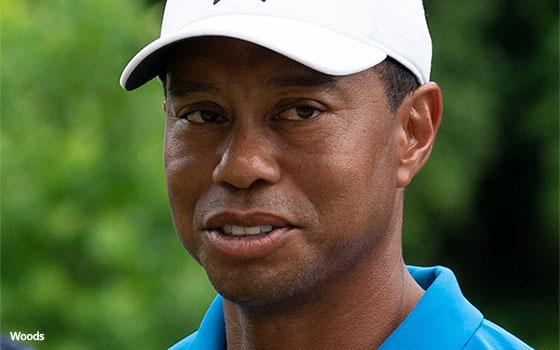 Tiger Woods’ big -- and some would say historic -- win at The Masters yielded strong but not record ratings. National TV advertising revenues overall were sharply higher.

TV advertising revenue for the entire event on CBS and ESPN was estimated to have risen 40% over the year before, with $34.1 million, according to iSpot.tv. CBS got the lion’s share of dollars airing, due to airing the higher viewed later rounds.

There were 407 airings of TV commercials this year versus 301 a year ago, says iSpot.tv. Traditionally, The Masters has only allowed a limited amount of TV advertising time for its networks to sell. CBS aired a special encore of the final round from 3 p.m. to 7 p.m.

A year ago, total advertising revenue was $24.2 million. Kantar Media estimates that the 2018 Masters pulled in $21 million in TV advertising dollars.

CBS and ESPN shared the Masters coverage -- with ESPN airing the two earlier rounds, CBS airing the third and fourth (final) round.

Woods’ dramatic victory — his first at the Masters since 2005, his first major since 2008, and only his second at any tournament since 2013 -- posted a Nielsen 10.8 million average viewers for the entire airing of the final round.

A year ago in the final round, with Patrick Reed winning the big event, an average 13 million television viewers watched CBS' broadcast. Last year, the highest viewing came during 6:15 to 6:30 p.m. ET -- with 16.8 million viewers

The Woods' victory was the best ever for a morning final-round Masters telecast.

Weather considerations -- the threat of thunderstorms in the Georgia area -- forced event officials to move up the event by five hours.

CBS began airing at 9 a.m. ET, continuing until 2:30 p.m. In previous years, the live airing of the final round begins at 2 p.m. ET. Typically, the final-round Masters event runs into the higher prime-time evening viewing period.