From Programmatic Video to Audio 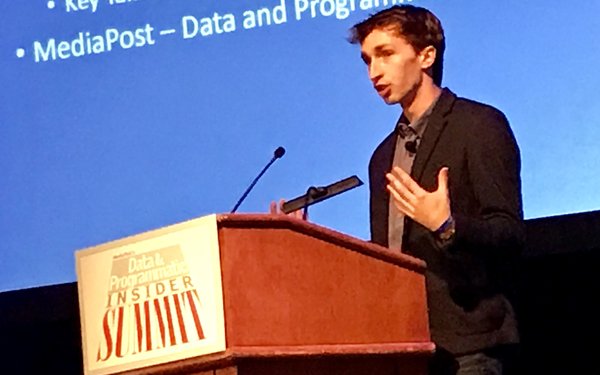 Jarod May, Senior Manager, Programmatic Media, TechStyle Fashion Group, took us into the past, showing the first banner ad from 1994 and then zoomed into the future, pondering what a MediaPost Data & Programmatic Insider Summit in 2039 would look like.

"Everything is being connected," he said about the Internet of Things. Imagine a future in which Patagonia excludes creative including sweaters and coats from a campaign targeting users who never raise their Nest thermostats above 68 degrees. Where Michelin can show ads to someone whose car mileage hits 20,000 miles because tiers wear out at 22,500 miles on averge. Where Salomon's apparel campaign can set a higher frequency cap for "Steve," whose smart skis record an average of 24 mph, much faster than average.

"Should we be scared or excited?" May asked, answering his own question, "We should be scared of how exciting the future is going to be."