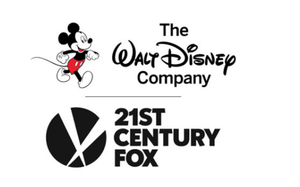 MDC Partners' Assembly has lost its 21st Century Fox media account in the aftermath of the Fox-Disney merger. The assignment is shifting to Disney incumbent OMD, which has a custom unit — OMDE — dedicated to serving the entertainment giant.

“This move has been anticipated and planned for since the announcement of the Disney acquisition and related management changes," an Assembly representative said in a statement. "We’re extremely proud of the work we’ve done together and wish Fox all the best going forward.”

It is unclear how long OMDE will retain this mega portfolio. Disney is evaluating the company's current business, consolidating and eliminating unnecessary and overlapping expenditures, sources tell MediaPost. The entire business is expected to be placed in review in the fall.

Assembly landed media buying for the film and home entertainment as well as planning for the company's FX network during a 2016 global media review. At the time, Julie Rieger, executive vice president Media and Marketing Planning for 20th Century Fox Film said in a statement selecting Assembly was its way of starting with a clean slate. “It was time for the film group to take the old way, the old processes, the old rules of media and toss them out the window," she said.