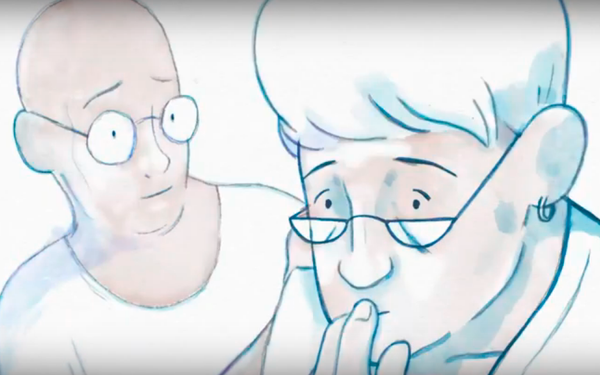 The Ad Council is tackling one of the toughest and most prevalent diseases -- Alzheimer's -- for the first time.

"Only half of the 6 million Americans living with Alzheimer’s today have a diagnosis," explains The Ad Council's Ellyn Fisher. "There was a great need for public education and awareness and the potential for a campaign to help families across the country."

The "Our Stories" creative, developed with the Alzheimer’s Association and The Community, features real accounts of people diagnosed with Alzheimer’s and the defining moment they knew something was wrong. The campaign's message -- “When something feels different, it could be Alzheimer’s – now is the time to talk" -- is intended to shift people from being passive when they observe potential symptoms to having a conversation.

The Our Stories website was designed to expand beyond sharing facts and statistics about Alzheimer’s to provide essential tools and resources, including interactive, customizable conversation starters, a list of early signs and symptoms, benefits of early diagnosis, and a downloadable discussion guide.

“We used real stories, an illustrated aesthetic, and an interactive approach to the narrative to build comfort for our users so that they would leave the site experience and apply the learnings to their reall-ife situation,” says Chris Neff, senior director of innovation, the community.

The Ad Council aligned with the community for this particular campaign due to the agency’s long-standing multicultural expertise. The campaign has a focus on Hispanic and African-Americans because outbreaks of the disease are higher among those groups, which typically get diagnosed later, says Fisher.

The campaign is aligned with June as Alzheimer’s & Brain Awareness Month.