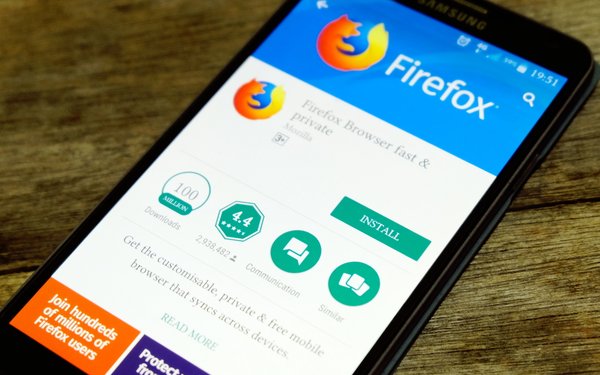 As part of an initiative to beef up privacy, the Firefox browser will now automatically block tracking cookies set by ad-tech companies, Mozilla said Tuesday.

As of Tuesday, the “enhanced tracking protection” setting will be turned on automatically for first-time users who install and download Firefox. The company plans to activate the feature for current users over the next few months.

“This past year, we’ve seen tech companies talk a big game about privacy as they’re realizing that, after several global scandals, people feel increasingly vulnerable,” Dave Camp, senior vice president of Firefox, writes in a blog post. “With this new, increased awareness for privacy, we feel that the time is right for the next step in stronger online protections for everyone.”

“Enhanced Tracking Protection will be practically invisible to you and you’ll only notice that it’s operating when you visit a site and see a shield icon in the address bar next to the URL address and the small 'i' icon,” Camp writes. “When you see the shield icon, you should feel safe that Firefox is blocking thousands of companies from your online activity.”

At the time, Mozilla's plans drew criticism from industry groups like the Association of National Advertisers, which called the decision "extraordinarily counterproductive for consumers and business.” In May of 2013, Mozilla retreated, saying its cookie-blocking patch needed more work.

Mozilla is not the only browser manufacturer taking more aggressive measures to prevent tracking by ad-tech companies. Google recently said it plans to offer a new mechanism in Chrome that will enable consumers to block third-party cookies, including Google's own DoubleClick, while preserving the first-party cookies that remember usernames and passwords.