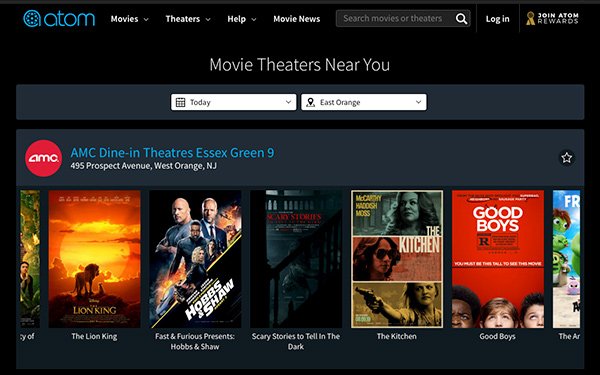 Atom Tickets says the deal will allow movie studios/marketers to identify sales generated from programmatic advertising spend. The company claims it is a first in the industry.

Brian Stempeck, chief strategy officer, The Trade Desk, stated that the partnership will show movie studios the direct impact of marketing campaigns, helping them optimize those campaigns in real-time.

From August 2018 to August 2019, movie marketers spent $2.5 billion on national/regional TV advertising for theatrical movies, according to iSpot.tv. Other estimates show $35 million to $40 million is spent on average on marketing a wide-release theatrical movie.

Atom Tickets, which started in 2014, is backed financially by Lionsgate, Disney and Fidelity Management & Research Company. The platform allows consumers to buy tickets, search for films, invite friends and pre-order concessions, among other services.

Atom has deals with exhibitors across 26,000 screens in North America. Earlier this year, it struck a deal with Cinemark, the nation’s third-largest exhibitor.

According to one report, Atom Tickets' 6 million monthly active users make it a growing competitor to movie ticket-selling company Fandango.

Unlike MoviePass, the struggling monthly movie subscription service, Atom Tickets intends to work with exhibitors as a technology partner in creating their own subscription platforms, according to Matthew Bakal, cofounder-chairman, Atom Tickets, from a story in Variety.