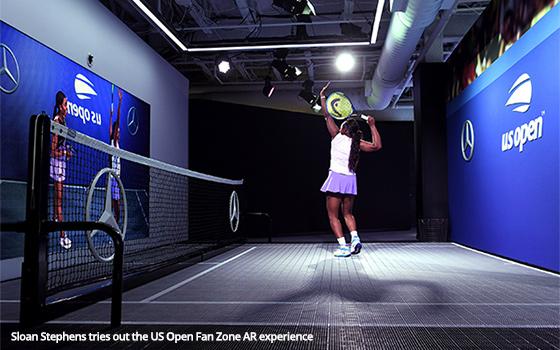 As part of its sponsorship of the U.S. Open, Mercedes-Benz USA is introducing an augmented reality experience featuring U.S. Open champion Sloane Stephens.

The interactive consumer exhibition at the USTA Billie Jean King National Tennis Center in Queens, New York, will allow spectators to try their hand at a virtual lesson from the tennis pro as she competes in real time.

To start the game, a consumer would say: "Hey Mercedes, teach me to play like Sloane," and she then appears in the game.

Guests then can play with an untethered racquet in hand to receive a one-on-one tennis lesson.