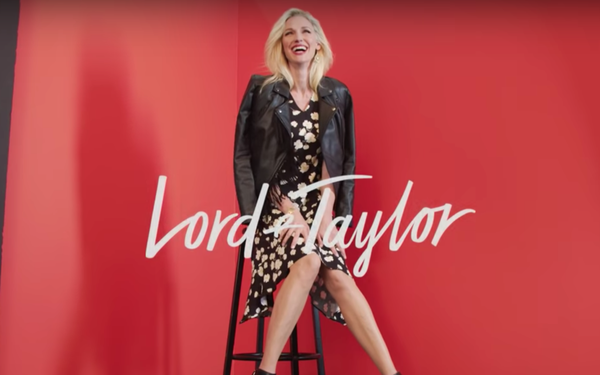 In what must be fashion’s strangest mash-up this year, Le Tote, a digital apparel rental company, is buying ailing Lord & Taylor for about $100 million. And while many D2C brands have been opening brick-and-mortar locations by ones and twos, the deal gives Le Tote immediate access to 38 stores, an established ecommerce presence and plenty of inventory.

It says it intends to combine its proprietary technology with Lord & Taylor assets to offer customers “a new experience in the mid-market segment.”

The news comes as Lord & Taylor, the oldest department store in the U.S., has been slipping deeper into retail limbo. Parent Hudson’s Bay Co. sold L&T’s storied Fifth Avenue flagship to WeWork back in 2017. Then last year, it struck a deal with Walmart, which began selling premium brands in a Lord & Taylor shop on the Walmart website. Within weeks, Hudson’s Bay announced it was closing 10 more L&T stores, including the now-miniaturized remains of its New York flagship. And in May, it announced it was conducting a strategic review of the brand.

Le Tote will pay $75 million in cash now, and an additional $25 million in two years. In addition, Hudson’s Bay gets an equity stake in Le Tote and two seats on the company’s board and retains ownership of L&T’s real estate until 2021.

Le Tote says it intends to keep the “vast majority” of L&T’s associates.

A spokesperson for Le Tote tells Marketing Daily that while it is in the process of evaluating L&T’s current footprints, there are no details yet on whether the brand will continue to be sold on the Walmart site.

“We’re excited to have reached an agreement with Le Tote that creates a new model for Lord & Taylor, bringing together fashion rental subscriptions with traditional retail,” says Helena Foulkes, Hudson’s Bay's CEO, in the announcement. “Following an extensive review of strategic alternatives, Le Tote’s leadership and innovative approach is the best path forward for Lord + Taylor, its loyal customers and dedicated associates.”

Le Tote is a fashion subscription service, renting women’s clothing and accessories for a monthly fee. Members choose the items they want and keep them as long as they like, with an option to buy them. Partner brands include French Connection, Vince Camuto, BCBGeneration, Kate Spade, Rebecca Minkoff and Calvin Klein.

Meanwhile, Hudson’s Bay has other troubles with a looming proxy fight. Catalyst Group, a private equity firm, is beefing up its stake in the Toronto-based company, which also owns Saks Fifth Avenue. Hudson’s Bay chairman Richard Baker is trying to take the company private, in an offer that activist shareholders have called “woefully inadequate,” according to Bloomberg.