Ask An Expert: Can Walmart Win With Stand-Alone Clinics? 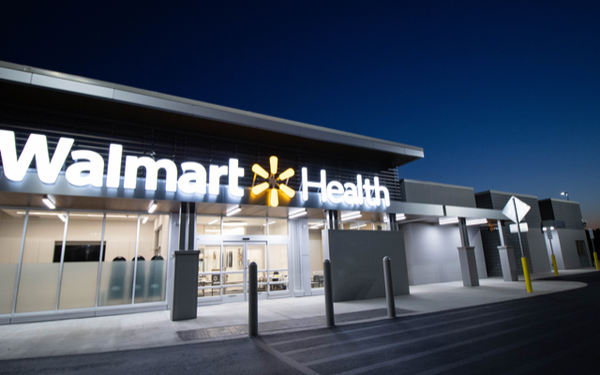 Walmart recently opened its first-ever stand-alone health center, offering everything from primary care to EKGs to counseling to dental services. The Dallas, Georgia test site is Walmart’s boldest healthcare move yet. And it comes as rivals CVS, Walgreens, Target and Amazon are all muscling into medicine as well.

But how open are Americans to healthcare delivered at the end of the chewing-gum aisle? Marketing Daily asked Ateev Mehrotra, MD, a policy analyst at Rand Corp. and associate professor of health care policy at Harvard Medical School, to weigh in.

Marketing Daily: Retailers have been running health clinics for years, yet they’ve never really taken off. What’s the growth potential?

[These clinicis] address what we call low-acuity conditions: your common colds, urinary tract infections, rashes. I think they will continue to grow, but I don’t expect a huge portion of people to use them.

But what Walmart is doing now is different, and that’s also true of developments that may come from CVS, following its Aetna merger.

MD: Why will these new formats be more appealing?

Mehrotra: The Walmart initiative — as well as what might develop from CVS – are what I would view as almost a full primary-care practice, taking care of low-acuity problems and chronic illnesses.

For example, say you have diabetes. You’d be able to go there and see the nutritionist and your diabetes care manager. You could get your eyes checked, and your feet checked.

They're really trying to provide those wraparound services. To my knowledge, nothing like that has been launched yet, but that’s the thinking, and it does have some overlap with what Walmart's doing. To me, the key question is, “If you build it, is anyone going to come?”

Mehrotra: I struggle to answer that question. On one hand, patients are very frustrated with the U.S. healthcare system.

But among people who have a doctor, they generally like that doctor. And they want him or her to be the person who guides them through their care.

So that would make us quite skeptical that people would switch over. But there are two caveats. My understanding is that the Walmart clinic is opening in an area where there aren’t many physicians close by. So if you don’t have an alternative, and if Walmart is the place you go to buy groceries, it seems very plausible to me that you would start going there for medical care, too.

And the other caveat goes back to CVS/Aetna. I doubt I’d be willing to go to a CVS clinic. But if my insurer makes it so it’s more affordable — let’s say there is a co-pay when I go to my own doctor but it’s free at the CVS clinic — I think people will think, “Maybe I will.”

MD: One reason these retail clinics have struggled is that they are so seasonal — flu season and back-to-school physicals — that it’s hard to make money.

Mehrotra: Yes, and that will continue to be a problem, as long as they focus on low-acuity stuff. If they can switch to chronic-illness management, that will be less of an issue.

MD: Walmart and other retailers spend millions on branding. But might that hurt them? How appealing is a Walmart doctor?

Mehrotra: Well, I’m a doctor, not a marketer, so take what I say with significant skepticism. But I think there are a lot of people who love their doc, and they’re not going to move. But there are also a lot of people who struggle to pay for the cost of the doctor. For people using Medicaid, it can be particularly hard to find a doctor, so maybe they don’t have one, or don’t have one they like.

MD: Finally, how big a role will tech, such as telemedicine, play in how well retail clinics do?

Mehrotra: None of us are very good at predicting the future, and tech never seems to come as fast as we hope.

But at some point, it will take off. You might be able to go to your local Walmart and get an endocrinology appointment with the best doctor in Houston and the best dermatologist in L.A. So there’s potential, but we don’t know yet what that could look like.