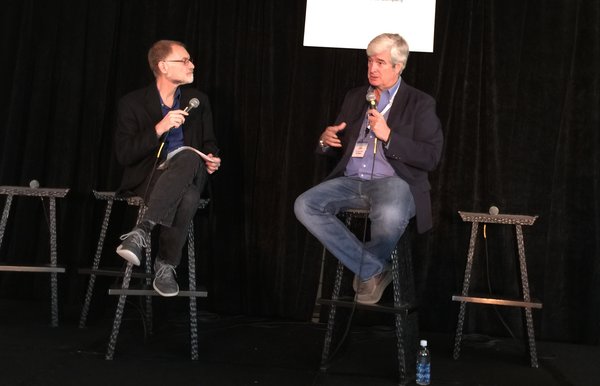 Jim Spanfeller, Chief Executive Officer, G/O Media, led off our Publishing Insider Summit in Austin on Thursday, saying that publishers don't know what's around the corner for clients or agencies. "It's like changing the tires of the car while it's going 60 mph," he told Steve Smith, VP, Editorial Director, Events, MediaPost.

Yet, he predicted that programmatic will endure, which is "a very good thing for publishers." Whether that will be done through first-party data, Spanfeller said, is probably unlikely because it's too thin for marketers who want scale. "I guessing it's going to be a deep drive toward context again but built into a programmatic process.

G/O Media owns an assortment of publications, including Gizmodo, The Onion, Jalopnik, Kataku, The Root, Jezebel and Deadspin, among others. Spanfeller said they are not "that dissimilar" to Meredith or Condé Nast. "In terms of digital video, there are more economies of scale on the back end."

What's important for G/O is to "accumulate traffic by attracting that traffic from other parts of our family. You can be a car enthusiast and a Jezebel reader. Or a sports enthusiast looking for life hacks."

He noted there is major government action "on both sides of the pond on how we collect data and what we do with it. So much is up in the air that it's hard to have confidence in that. We're not through the rapids. It's going  to get rougher in terms of lots of change. Change always is hard."

One reason publishers got into programmatic, Spanfeller said, is that some agencies were using bad inventory and bot networks. The issue is what is the next business model for agencies.