How to Deepen and Scale an Affiliate Business 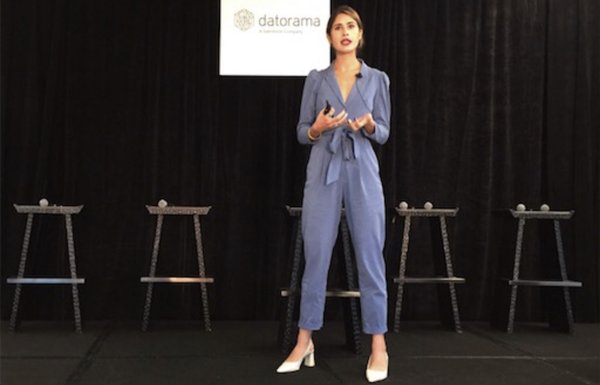 BuzzFeed saw that affiliate was increasingly becoming a meaningful part of its business. Since 2016, it has seen a 10X growth in affiliate business. Looking at its portfolio of brands that focus on niche vehicles, it saw that Tasty, which shows how recipes are made, was its biggest with 2.1 billion monthly views, 66% of Tasty users were making the recipe at home, and it was the #1 content publisher on Facebook.

"We knew there was a big opportunity here to capitalize on what we own in the cooking space to drive affiliate and commerce for one of our big partners," Nilla Ali, VP of Strategic Partnerships at BuzzFeed, told our Publishing Insider Summit in Austin on Saturday. What it came up with was "shoppable recipes."

On Sept. 1, 2019, it launched its partnership with Walmart, one of the largest grocers in the U.S. with 3,100 stores offering pickup. A survey of Tasty users found that 54% prefer Walmart for in-store shopping. And BuzzFeed had an existing relationship with Walmart to sell its licensed cookware products.

It decided on shoppable recipes because it seemed more natural to embed a commerce opportunity inside the recipes. Research found that 71% of viewers had made a Tasty recipe in the past year and three in five use the Tasty app once a week, "a signal that maybe they were using the recipes to determine what to buy in store," Ali said.

Among BuzzFeed's goals were to respond to audience signals, partner with the largest grocers, and understand consumer behavior around grocery shopping and meal planning.

It took months to align both brands' KPIs, take a deep dive into data to understand what the audience was doing with the Tasty app and what Walmart shoppers need that Tasty can make it easier to satisfy. Both sides wanted to offer a frictionless experience. Walmart had to define the value proposition, something retailers think about when developing brand yet media companies don't. "We had to rethink how we're marketing Tasty," said Ali. "Brand awareness came into play to educate our audience about this."

Northfork, a company based in Sweden, created the connective tissue between BuzzFeed and Walmart.

The result, she said is a "child of data" and BuzzFeed is starting to access a new layer of data that can help us grow the Tasty brand beyond the shoppable integration." It's beginning to identify behaviors in the app such as that on Sundays it sees a 2X spike in grocery sales even thought Walmart had been adamant that Friday was the biggest shopping day for its customers.

Now, BuzzFeed sees there may be an opportunity to partner with CPG companies and to enhance the experience through personalization and merchandising. "The sky's the limit, although it must be thoughtfully based on data and signals."

A 24% CTR from Tasty app shopping cart to Walmart.

A 24% CTR from Tasty app shopping cart to Walmart.

An 11% conversion rate, which is very high for retail.

A 2.2X in audience buying using new feature to meal plan for week

Use data-driven audience insights to inform your strategy for scaling and effective and efficient affiliate business that drives value for both your audience and partners.