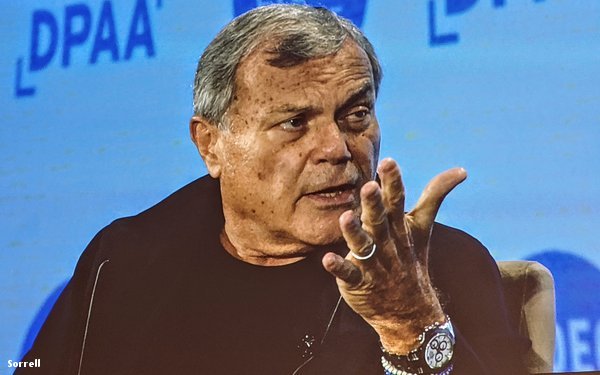 The out-of-home media industry has overcome some questionable perceptions on Madison Avenue thanks to its increasing digitization, but it’s probably still best served as a specialty practice at most advertising agencies, S4 Capital Executive Chairman Martin Sorrell said during an interview at the Digital Place-Based Advertising Association (DPAA)’s annual summit in New York City Tuesday.

“There was always a fundamental concern about the industry,” Sorrell said, alluding to some less-than-transparent trade practices among outdoor media suppliers and buyers, including the fact that out-of-home media buys were not rigorously tracked and sometimes didn’t even run.

“Digital has reversed that,” Sorrell said, implying that the transition has made the medium far more accountable in the eyes of advertisers and agencies.

Sorrell, the financial mastermind behind the Saatchis and founder of WPP Group, said he intentionally created S4 as a pure-play digital media company because he believes the margins are better than for traditional media, but he said he believed the way WPP handled out-of-home -- managed via separate, dedicated unit Kinetic -- continues to be the right way for it to be handled.

He said that because out-of-home media accounts for a relatively small share of ad industry budgets -- about 4% -- it gets lost in the shuffle of media that are more of a preoccupation of most agencies.

“The advantage of Kinetic was that it was separate,” he said, adding that “it gave [out-of-home] more attention.”

During the freewheeling interview, Sorrell touched on a variety of topics, including a malaise he said has hit Madison Avenue, noting that he regularly gets calls from top executives at major holding companies looking to jump ship.

He also predicted that the big digital platforms ultimately will be reclassified from “tech” firms to “media” companies, making them more accountable for the “editorial” content they distribute.

He also made some interesting observations and suggestions about some of WPP’s assets, noting that behind the scenes of WPP’s partial spinoff and “privatization” of research unit Kantar with private equity firm Bain is a “shocking” decline in the research company’s profitability.

He also suggested that WPP would do well to spin off its media services division, GroupM, to an outside suitor.

Estimating that a GroupM spinoff would be worth $15 billion to $16 billion, he said Accenture “would be better off paying $15 billion” for GroupM than its recent deal to acquire Droga5 for “half a billion.”