Google Earbuds Get Into Consumers' Heads 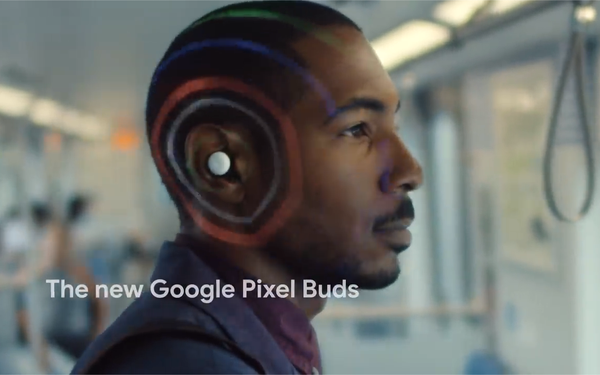 Google calls them Pixel Buds. The company announced the second version of the in-ear design on Tuesday at its Made By Google or Pixel 4 event.

In a video product demo, Google uses graphics on the side of people’s heads to illustrate the earbuds' capabilities, describing its style, fit and sound -- sound not only to hear the highs and lows of music, but audio ads.

Google’s Pixel Buds are always listening. A search on the company’s engine is as easy as saying "hey, Google" or "okay, Google."

The earbuds have hands-free access to Google Assistant. A built-in microphone allows wearers to say what they are searching for or want to accomplish without touching anything. Users can answer their phone with a tap on the earbud.

The long-range Bluetooth technology allows the Pixel Buds 2 to stay connected for about the length of a football field when the user is outside, or three rooms away when they are inside. The earbuds have a 24-hour battery life, but only five hours of listening, at a price of $179.

Apple, Amazon and Microsoft also have their versions -- Apple has AirPods, while Amazon last month unveiled Echo Buds, and Microsoft now offers Surface Earbuds. All have a similar sleek design.

Sebastian also will look at expectations for new ad formats and an increased focus on shopping and ecommerce, given the forthcoming holiday season. He points to the impact of competition from companies such as Amazon as well as the effect of regulation, and the progress and growth of gross corporate product initiatives such as cloud services.