The Age Of Shoppable TV Ads, On A Mass Scale, Has Arrived 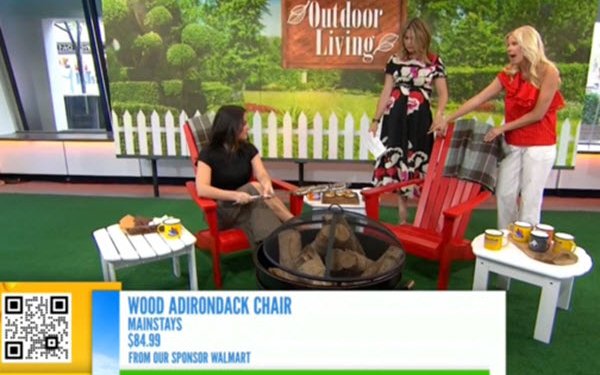 Advertisers — and NBC Universal parent Comcast — will no doubt rejoice.

After testing shoppable ads starting back in May, in linear programming including “Today” (Walmart), the French Open (Lacoste), the Tour de France (Zwift) and “Songland” (Roli), NBCU is rolling out the QSR-driven format across its lifestyle and unscripted programming.

The ShoppableTV technology, created with an undisclosed tech company, looks simple because it’s so simple for the viewer to use. But this live capability is a major leap beyond previous TV/ecommerce methods like adding shoppable links in video.

When a QSR code pops up on the screen during what NBCU has dubbed “on-air shoppable moments,” viewers need only point their smartphone cameras at the code. They are then connected via a link to the sponsor’s ecommerce site to make the purchase.

Sometimes the show’s host plugs the “shoppable moment” and explains how to buy the product using the code; in other cases, it’s just an alert on the screen.

NBCU had earlier reported that its “Today” test of the ads (shown above) inspired 50,000 viewers to link to a “Steals and Deals” site featured on the show and generated six figures in sales. Now it’s reporting that, having reached tens of millions of viewers with the shoppable ads, it’s seeing an average conversion rate that is nearly 30% above the general industry ecommerce rate. The ads are also said to be driving 10% growth on social media.

Back in May, Josh Feldman, EVP, head of marketing and advertising creative, declared that NBCU is “moving fully away from GRP selling to providing business outcomes” with ShoppableTV. “By pairing brands with our premium content, owning every stage of the purchase funnel and removing the barriers consumers traditionally encounter between seeing a product and making a purchase, we’re giving marketers a direct sales channel to millions of viewers across the country.”

Indeed, as Feldman pointed out, this is providing advertisers not only with “branded integrations,” but now with a real-time direct-sales method in the context of audience-measured, linear programming that “people have an emotional attachment to” is “a different business model.”

“We will own every point in the purchase funnel,” Feldman added. “We’ve had a ton of research showing TV has a huge impact on the bottom of the funnel. This will allow us to prove that out in real-time.”

It’s no news that advertisers are increasingly demanding attribution and hard, measurable results -- and on that score, you certainly can’t beat direct sales.

Obviously, lots of people are addicted to TV shopping channels, lots of national, ecommerce-based brands (not just steak knives) are now finding it cost-effective to use TV ads as part of their marketing mix, and lots of people already opt to respond to ads in YouTube and other platforms’ videos.

For example, Hulu, working with Brightline, began offering live shoppable ad units, including dynamic ad insertion during the available two minutes of ad time in cable networks, a couple of years ago. Personalized, location-based overlays enable buying tickets for local movie theaters, or ordering from a restaurant or retailer, through connected TVs, Multichannel News reported in 2017.

But isn’t there potential for alienating at least some viewers by interrupting the traditional mass, linear TV experience with QSR codes and alerts urging them to grab their phones and buy something? Will none of the rabid fans watching “Sunday Night Football” or talk shows find it annoying, if not objectionable, to have this form of advertising added to the load of standard ads in their programs?

Speaking to TechCrunch about the ShoppableTV rollout, Feldman and NBCU VP strategy and operations Collette Winn assured that the ads will be limited to just one brand per program (for now), and argued that the ads actually improve the viewer experience.

“You’re not searching for the item…what you’re seeing is what you’re able to buy,” Winn asserted. “It’s not in your face. It’s brought in really seamlessly.”

As you might already have guessed, given the earlier mention of shoppable ads on Hulu and NBCU’s coming Peacock streaming service — which will have an ad-supported tier, and is rumored to be considering carrying linear channels at some point — the NBCU execs confirmed that they’re already “experimenting” with how shoppable ads might be used on other devices, including connected TVs. On CTV, the ads “might incorporate more interactions with the remote,” notes TechCrunch.

My guess? Shoppable ads in linear will thrill shopaholics; be noticed initially and then accepted, reluctantly, as part of the price of “free” TV by others; and drive some to pay for options (or more options) that allow them to avoid the growing number of ads and ad formats on traditional linear.

But hey — when it comes to even that last category of viewers, pushing more consumers to subscribe to ad-free subscriber-supported streaming services that the company may also own is also a win, right?