Zenith projects programmatic’s share will rise to 72% of all display ad dollars next year.

eMarketer coincidentally released and update of its ongoing tracking of programmatic media-buying in the U.S. this morning, with slightly more aggressive share projections. eMarketer estimates 86.5% of display ad spending will be bought programmatically by 2021.

Zenith’s analysis of the relative costs and clickthrough performance in the U.S. helps explain why programmatic has accelerated so much.

Average CPMs have been relatively stable, while clickthrough rates have been improving for both display and social media, though they have eroded slightly for mobile and overall digital advertising.

“The U.S. has adopted advanced programmatic technology across multiple channels. The entire programmatic technology stack is widely used, and mature partners are looking to expand beyond display by providing access to digital out-of-home, connected TV and audio media,” Zenith Head of Forecasting Jonathan Barnard writes in the report, adding, “Programmatic spend has increased steadily over time as advertisers, agencies, platforms and publishers have tested new technologies and techniques, learned from and optimized them. Ad tech platforms are working to become more relevant, data-informed, performance-focused, and connected. This in turn encourages vendors to meet the demands of sophisticated marketers with advanced requirements.” 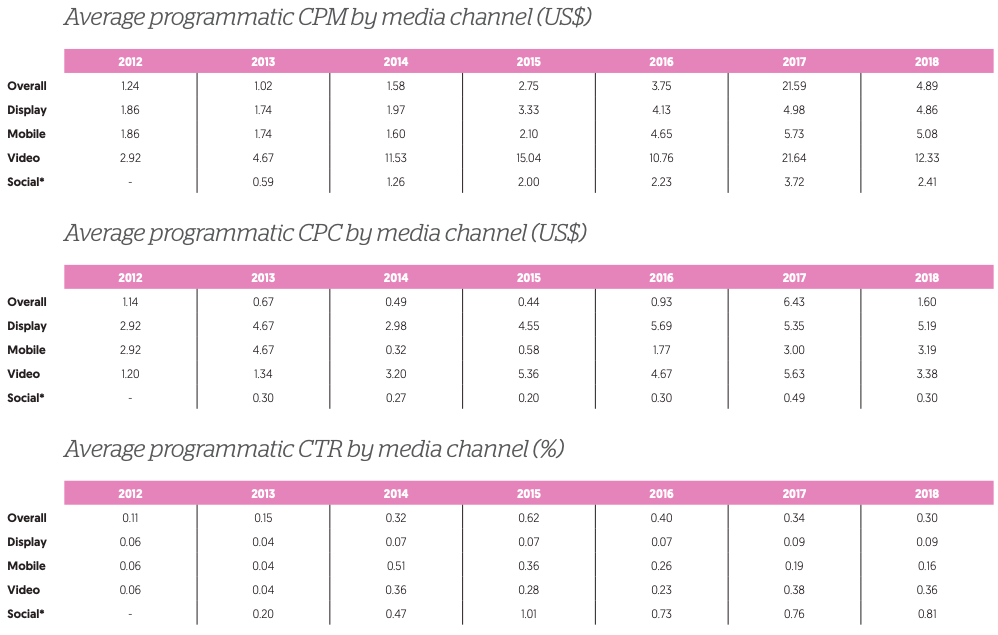